A multiplayer online game released on June 2, 2020. It is the first game by Riot Games. According to razrabov, the game is a confrontation between two teams of five players, each of them plays the role of" agents " with special abilities that can be purchased before the start of the round, or earn them during the match. For example, each hero has an absolute skill that can only be used after it is fully charged. Charging can be performed in several ways: when killing another player, when dying, setting/defusing a bomb, or when capturing a special sphere that appears in certain places on the map at the beginning of each round. The range of weapons in the game includes a knife, pistols, shotguns, submachine guns, machine guns, and sniper rifles.Spike is an attacking team, in the main game mode, which just has a bomb, and they have to set it on the bookmark point.

In the main game mode, the spike team has a bomb that they must place on the bookmark point. If the attacking team successfully performs the demolition, it wins the round. If the team of defenders manages to defuse the bomb or does not allow it to be set by the attacking team after the 100 - second timer expires, then this team wins the round. Destroying all members of the enemy team also brings victory in the fight. The first team to win 13 rounds wins the match. At the end of 12 rounds, there is a change of sides. The gameplay of Valorant is often compared to Counter-Strike: Global Offensive, which is also a perpetual confrontation between two teams.

If you are a fan of network shooters, then this game is mandatory for familiarization. #interesting #HD #Valorant 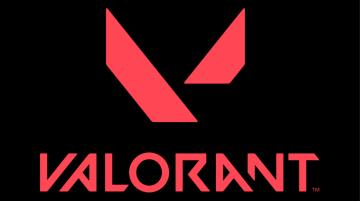