Gran Turismo 7 is an upcoming racing game published by Sony Interactive Entertainment. The game will be the eighth mainline installment in the Gran Turismo series.

The game was announced on June 11, 2020 at the PlayStation 5 reveal event. The game's main menu was revealed to be similar to that of the menu style of Gran Turismo 4. During the announced trailer classic features were shown such as the return of the Special Events, Championships, Driving School, Tuning Parts Shop, Used Cars dealership, GT Auto, while still retaining the new GT Sport Mode, Brand Central and Discover. The game will take advantage of the PlayStation 5's ray tracing hardware, to support real-time ray tracing effects. 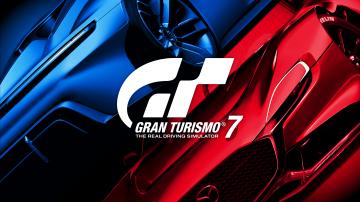