Outriders is an upcoming third-person shooter developed by a Polish producer People Can Fly and published by Square Enix. It is set to be released in late 2020 for Microsoft Windows, PlayStation 4, PlayStation 5, Xbox One and Xbox Series X.

Gameplay Outriders is a role-playing cover shooter played from a third-person perspective. In the beginning of the game, players create their custom characters and choose from four classes, each of them has unique abilities that the players can utilize. The four classes include Trickster, which has the ability to manipulate time, the Pyromancer, which can manipulate fire, the Devastator, which can unleash seismic attacks, and a fourth yet unrevealed. These special skills have a short cooldown time and can be combined with other skills for maximal effects. The game features a skill tree that allows players to unlock and upgrade their skills.

Players can use different weapons such as shotguns and assault rifles to defeat enemies, and firearms can be customized with weapon mods. Players can hide behind cover to shield themselves from enemy attacks, though health will only regenerate if the player manages to hurt or kill enemies. Players combat both monsters and human enemies. As the player progresses, the world level (the game's equivalent to gameplay difficulty) will increase. If the world level is high, it is more likely for the player to get high-end loot from dropped by defeated enemies.

The game incorporates various role-playing elements. As the players explore, they can explore different hub areas, talk to non-playable characters and complete side missions. In cutscenes a dialogue tree allows to decide the outcome of some conversations, though it does not affect the story's progression. The game can be played solo and features a three-player cooperative multiplayer mode.

Premise Humanity's efforts to colonize the alien planet Enoch went astray as the expedition team encountered a massive energy storm, known as "The Anomaly", during their search for a mysterious signal--which may indicate hope for humanity's future. The storm grants both Enoch's inhabitants and the colonists superpowers.

Development Polish developer People Can Fly started Outriders's development in 2015.Square Enix agreed to publish it and encouraged the team to expand on their vision. To develop the game, People Can Fly expanded the studio from having 40 members to more than 200 members. Outriders's gameplay reveal caused critics to compare the game to other live service games such as Destiny and Tom Clancy's The Division, though People Can Fly affirmed that Outriders is not a live service title and that it was a game that players can "start and finish". The game was designed with cooperative gameplay in mind, though the team put a lot of emphasis in writing the game's story, with the lead writer Joshua Rubin comparing it to Apocalypse Now and Heart of Darkness. The game's narrative features a much more serious tone than Bulletstorm as the studio wanted to prove that it can also write a mature story.

On May 16, 2018, Square Enix announced that they would publish the next title from People Can Fly. Announced at E3 2019, the game is set to be released for Microsoft Windows, PlayStation 4, PlayStation 5, Xbox One and Xbox Series X in late 2020. 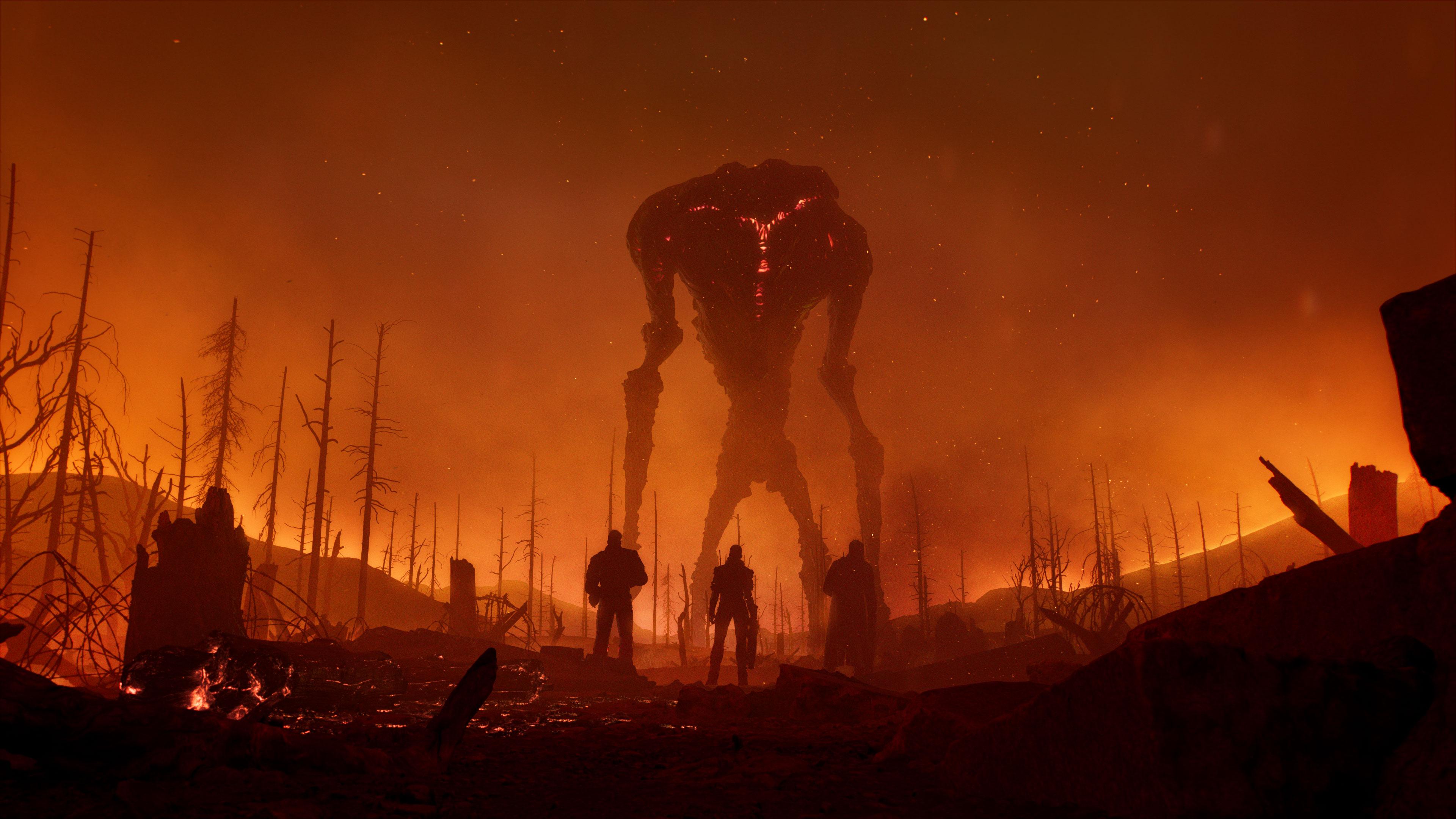