Serious Sam 4 is an upcoming first-person shooter developed by Croatian studio Croteam and published by Devolver Digital. It is part of the Serious Sam series and a prequel to Serious Sam 3: BFE. The game was announced in April 2018 and is set for release in August 2020 for Microsoft Windows and Stadia, as well as PlayStation 4 and Xbox One in 2021.

Development Development of Serious Sam 4 was confirmed on 7 June 2013, when the website Humble Bundle launched a "Humble Weekly Sale" containing several past games from the Serious Sam series to help fund the game. Playtesting for the game's "jammer" feature—a movable device that could disable objects in a certain radius—the development team devised that this component and further prospective mechanics would better fit a different type of game, which was eventually developed upon and became The Talos Principle. In September 2015, Jonas Kyratzes, the co-writer of The Talos Principle, was announced as the screenwriter for Serious Sam 4, along with his wife, Verena.

Serious Sam 4 was announced under the title Serious Sam 4: Planet Badass on 19 April 2018, during the opening of the Reboot Develop 2018 conference in Croatia, with a teaser trailer. One level was demonstrated behind closed doors at E3 2018 that June. At the time, the game was planned to launch in 2019. On 20 May 2020, Serious Sam 4 was re-announced without the Planet Badass subtitle and with a release window of August 2020 for Microsoft Windows and Stadia. Due to an exclusivity deal with the latter, versions for PlayStation 4 and Xbox One were postponed and are planned to launch in early 2021. 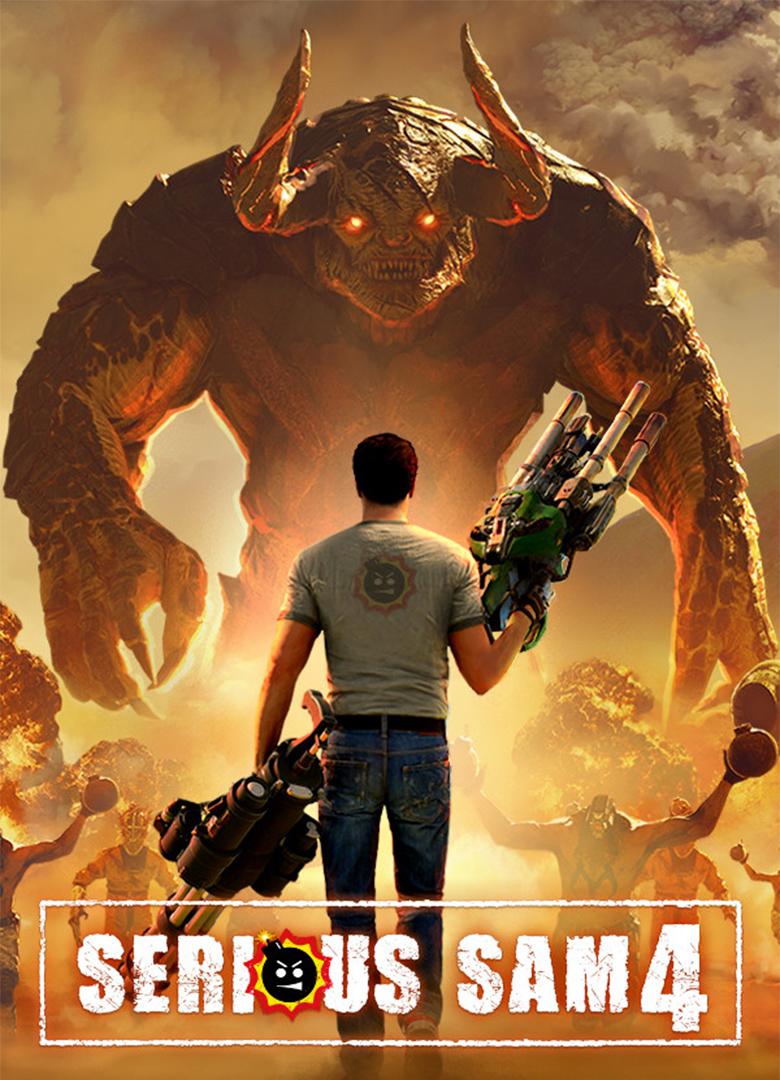