Horizon Forbidden West targeted for release in 2021, will have “virtually no loading screens”

Horizon the forbidden west will have "virtually no loading screens," and the developers are targeting a 2021 release. In a short developer video, Guerrilla Games discusses Horizon Forbidden West and what to expect when you get your hands on the game. According to the video, the area in the game is a mysterious new frontier that stretches from Utah in the US all the way to the pacific ocean on the west coast. Guerrilla wanted to make the world more beautiful and vibrant and thanks to the SSD on the PS5, there will so when you open up the map to fast travel from one end to the other. Restarting from a checkpoint also will be "super fast," and when you boot up the game, you will be "right there in the action." The map this time out is a bit bigger and will feature lakes and rivers that players can swim in. There will also be dozens of new machines to encounter as you explore. Each will need to be scanned and studied in order to fight them effectively. You will also come into contact with new tribes, some of which are peaceful and others not so much. One of the not so friendly tribes has discovered knowledge on how to override the machines in order to use them as beasts of war in combat. Another challenge is a red blight affecting the land which is choking the plants, animals, and starving the tribes. The weather is also out of wack, forming supercell storms flooding the prairies and the fields. As Aloy,m you will go to great lengths to save the world. Horizon Forbidden West was announced , and the developers are aiming for a 2021 release. 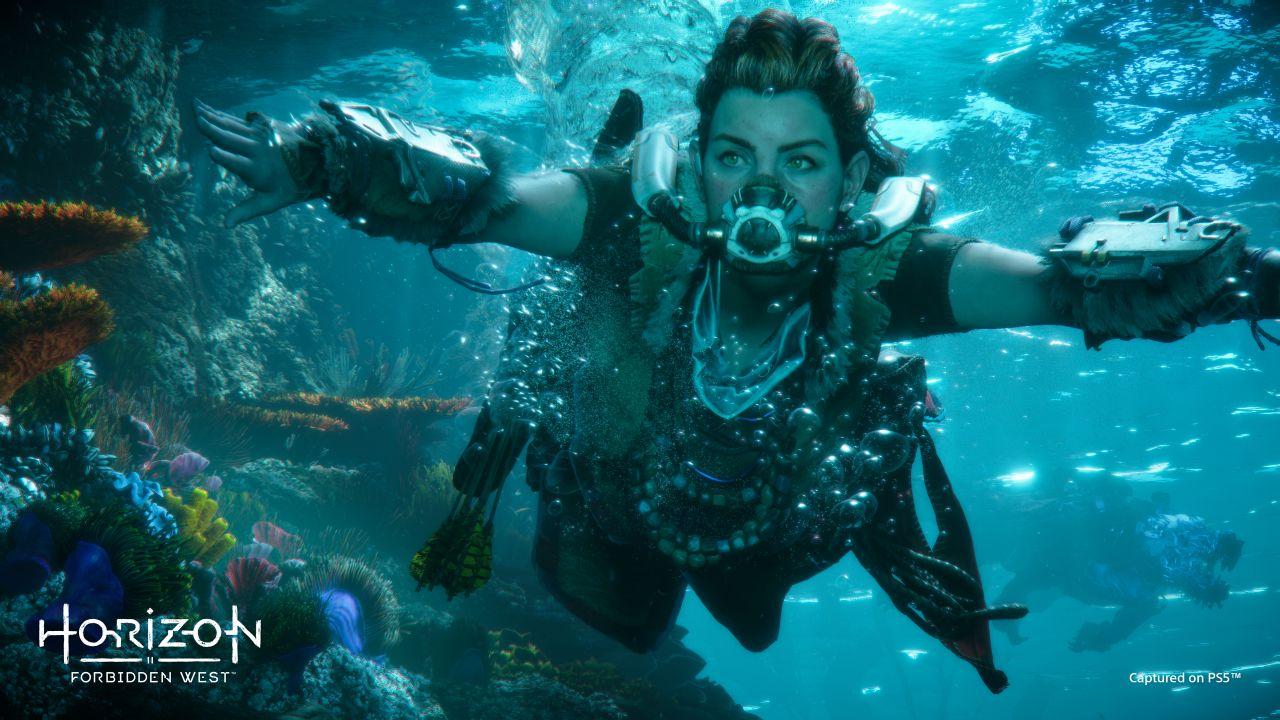