Here’s what a Miles Morales PS5 would look like, according to BossLogic

If you're curious about what a hypothetical Miles Morales PS5 could look like, you're in luck: BossLogic designed one.

It's not an official design, obviously, but it's incredibly well done. In fact, it's sufficiently professional to indicate that it would probably be a pretty great idea for Sony to snap up the rights to it -- I reckon a lot of spidey fans would love a Miles Morales PS5 that looks this good.

Check out the Miles Morales PS5 mock-up in the tweet embedded below.

As you can see, it's pretty minimalist in the alterations it makes -- obviously the blue light is subbed out for a more emphatically spidey shade of red, but aside from that there isn't a huge amount of noise. There's a subtle spider imprint on the side, and a more striking one on the redded-out Dualsense touchpad, but that's pretty much it. It's quiet, but that complements its refined aesthetic.

That being said, BossLogic also made sure to do up a busier mock-up. Check it out below.

I personally dig the subtlety of the first one, but I can totally see why people could swing for either, as they're both pretty great.

After people apparently told BossLogic to take the mock-ups a little more seriously, one more PS5 custom design went up. It's definitely more serious and I see absolutely possible conflict of interest or copyright breach.

Spider-Man: Miles Morales was originally unveiled during last week's PS5 reveal. It has since been confirmed that it is a standalone game, as opposed to an expansion, and that it's scheduled to launch for Holiday 2020.

Spidey wasn't the only big announcement at the PS5 reveal, so be sure to check out the full list of PS5 games shown if you've yet to catch yourself up. My favourites were probably Deathloop and Stray. 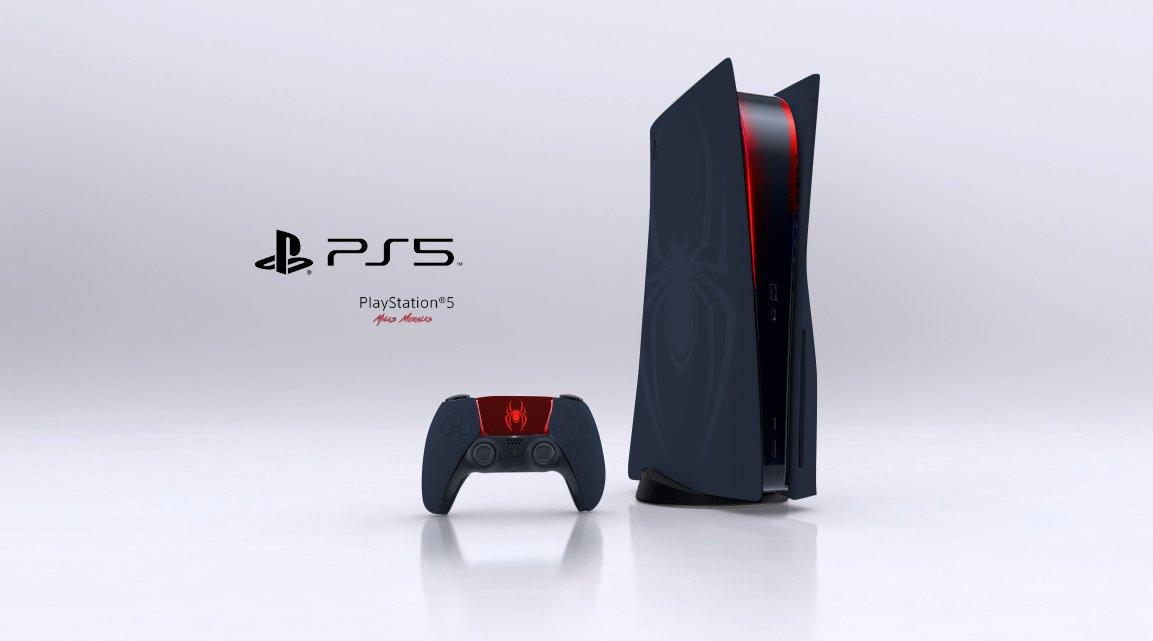