Icarus is an upcoming space survival game from Dean Hall, perhaps best known for his work on DayZ.

Officially unveiled during the PC Gaming Show earlier today, Icarus is the next game from RocketWerkz, Hall's own studio. It tasks players with surviving (it is a survival game, after all) on a strange and obscure alien planet. Like most games of its ilk, it places a pretty heavy emphasis on crafting, meaning that you'll have to dedicate time to gathering scarce resources in order to craft supplies and -- you guessed it -- survive. The building mechanics actually look a bit like Fortnite, and the structures in the trailer are pretty impressive.

You can check out the official trailer for Icarus in the video embedded below, which also features a brief interview with Hall about what players can expect.

The trailer features some interesting tidbits. There are astronauts roaming an alien planet, little squirrel creatures with iguana heads, and some sort of hybrid Big Cat/zebra thing that looks like it really wants to eat you.

It also introduces an oxygen mechanic -- it appears that running out of oxygen can trigger a fail state (as would getting eaten by the big zebra cat, I would imagine) and you've got to monitor that alongside everything else you need to take care of in order to stay alive.

I know you're curious, so you can take a look at the big zebra cat below.

Also, this frame of some astro lads at a campfire is lovely. 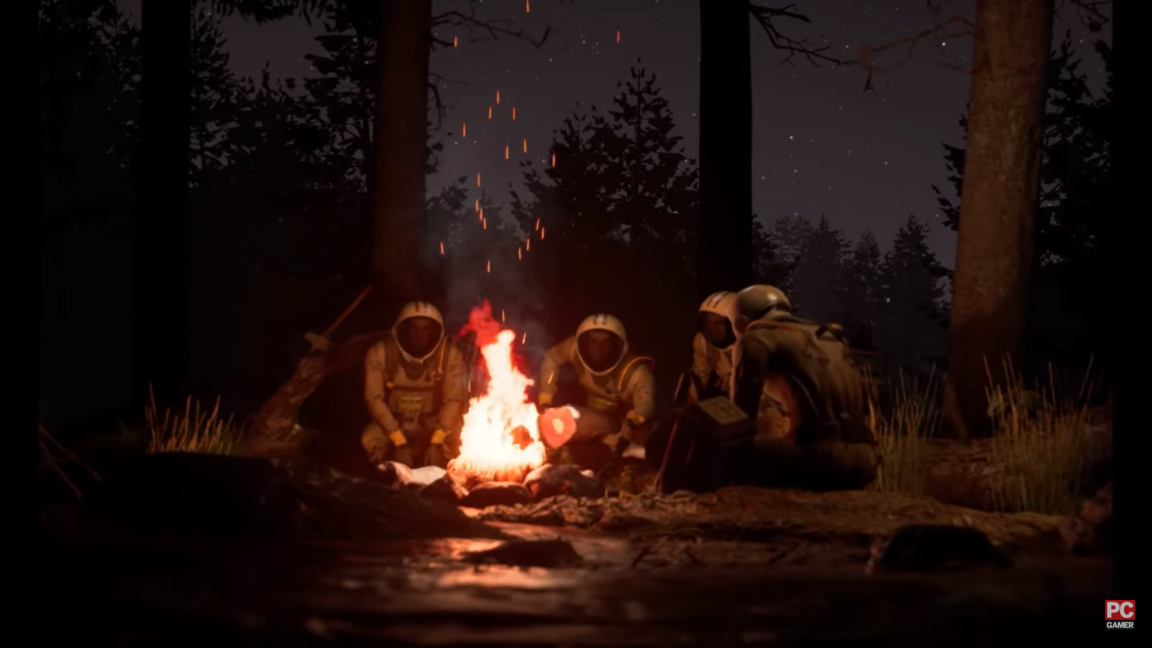 If you're curious about what else was revealed at the PC Gaming Show, we've got you covered. Persona 4 Golden was announced for Steam , and you can buy it now. Mafia: Definitive Edition got a new story trailer , and Torchlight 3 is available to play in Early Access right now . 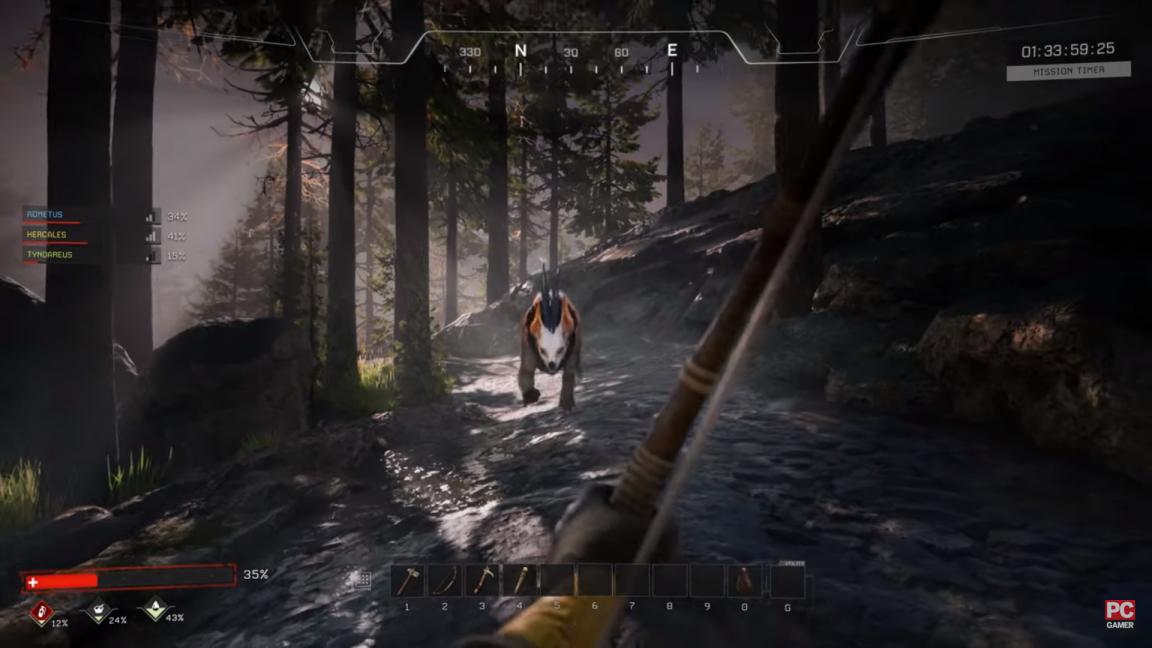