Destiny 2: Season of Arrivals – Unlock times across all regions

A new season of Destiny 2 begins today, so let's take a look at when downtime begins and, most importantly, when you'll be able to jump back in and play.

TheSeason of Arrivals is about to begin, bringing with it a new storyline, Exotic weapons and more.

To prepare the game for the update, there will be a bit of downtime from4 PM GMT/ 11 AM ET/ 8 AM PDT for an hour or so before you'll be able to download the 2.7.0 update. In the meantime, you can watch the Season 11 reveal here.

Service maintenance will carry on until around 7 PM GMT/ 2 PM ET/ 11 AM PT, but you'll be able to log in and play at the usual reset time, hopefully. As the maintenance continues you might struggle to log in straight away and there's the likelihood you'll be booted from the game a few times, so be patient.

Officially, The Season of Arrivals begins at the weekly reset. If you've forgotten when that is, you can check your regional unlock time in the list below.

The following issues will also be resolved with the 2.9.0 update;

In the new season, there will be new objectives to chase after, including sweet exotic weapons and a new artifact to power up, with a new suite of powerful mods split into five tiers. 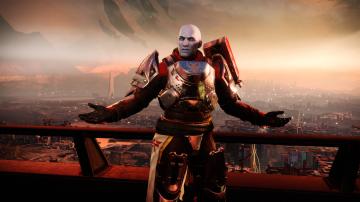