Deck of Ashes fully released on Steam, celebrates with design a mini-boss competition

RPG and tactical card battler Deck of Ashes , with a new playable character, Magnus, new story and three card archetypes. As the epilogue storyline concludes, Deck of Ashes kicks off a brand new campaign -- and those that buy Deck of Ashes over the next two weeks will get the Day One Edition, which features digital bonuses such as the expanded art book, HD wallpapers and all character skins. Developer AYGames has also launched a design-a-miniboss contest for Deck of Ashes players, with three winners getting an exclusive Genetix statue, the role of Boss Master on the official Discord server, as well as their own miniboss design incorporated into Deck of Ashes in a free update later in the year. . Deck of Ashes is a hardcore rogue-like RPG where death is permanent. It features four different campaigns for four playable antiheroes in a procedurally generated world, as players build a deck using over 100 cards and take part in tactical, turn-based combat. AYGames has also just released its first developer diary highlighting the development process and background to Deck of Ashes. , where it has Very Positive reviews. This article is sponsored by developer AYGames. 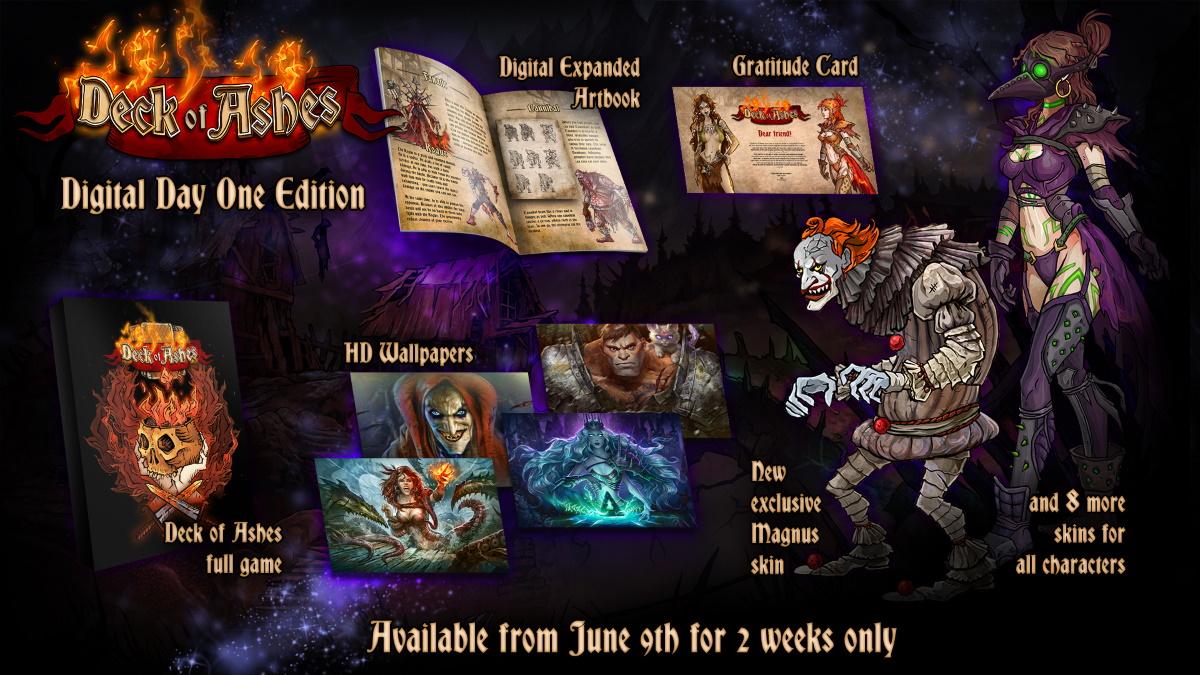