SSD is really the best, but in its class.

The Creator of the IT channel on YouTube, Linus Sebastian, made a public apology for spreading misinformation about SSD in PS5, in particular, he apologized to Tim Sweeney.

The fact is that Tim Sweeney said that the PS5 is the best SSD on the market, but Sebastian fundamentally disagreed with this statement and showed the drive, which was much more productive than in the console from Sony. After that, there was cyberbullying: PC users started using an excerpt of Sebastian's video as a mockery of Sweeney on Twitter, even though he was right (but they didn't know about it).

What happened after that? Linus realized that Sweeney had actually said that the drive was the best in its class. Apologies were made, and Sebastian went through the PS5 technical presentation in detail. He came to the conclusion that SSD, in fact, without the environment created around it, is not as fast.

What is the moral of this drama? Check every piece of information that a person throws on the Internet, even an authoritative one, and as much as you don't want to be banal, don't judge a book by its cover. 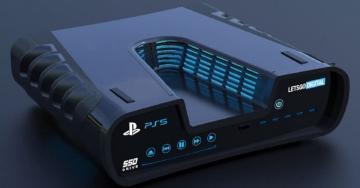