DLC that we found out about earlier than we should have

Developers from Frontier Developments published a video in which they presented a new addition called Odyssey. The addition will implement the mechanics of " walking" on the planet, which was described earlier.

In the most likely accidentally published video, you can see how the characters explore the planet and stumble upon a base being built. We were not told about the construction and settlement of the base. Initially, we should have learned about this addition later, since, according to the developers, it will start a new era in the history of the game.

What we were shown is enough to understand that we are really waiting for an epic journey and adventure! 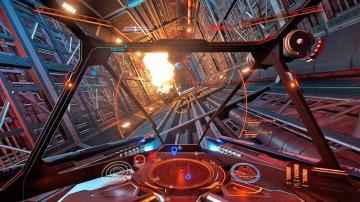