Naughty Dog explains The Last of Us Part 2 accessibility features

Naughty Dog recently explained how it designed The Last of Us Part 2 accessibility features, making it apparent that it will be its most accessible game to date.

In an interview with The Verge , Naughty Dog lead gameplay designer Emilia Schatz explained that the studio had a "very simple plan" when it was working on Uncharted 4, which was inspired by one particular player who couldn't finish Uncharted 2. The player in question could get right to the end of the game, at which point their progression was obstructed by a need to rapidly press a button to get through a necessary narrative prompt.

Since then, Naughty Dog has made a consistent attempt to increase and diversify its suite of accessibility tools. According to the report from The Verge, The Last of Us Part 2 will allow players to navigate the world by sound, and you can zoom in and out of scenes in order to cater displays to your own personal needs.

In total, there are about 60 different accessibility options that can be used to improve quality of play, ranging from control mapping to color-blind-friendly subtitles, to an entire greyed-out mode designed to aid visually-impaired players.

"Accessibility for us is about removing barriers that are keeping players from completing a game," Schatz said. "It's not about dumbing down a game or making a game easy. What do our players need in order to play the game in parity with everyone else?"

"The idea here is to give players a starting point," she said.

According to game designer Matthew Gallant, "It feels like a failing on [Naughty Dog's] part if a player reaches a part of the game that's inaccessible to them in any way." 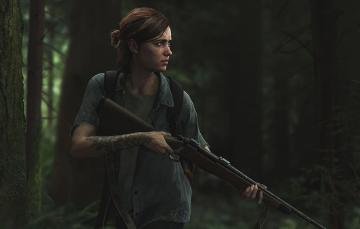