Over the past years, developers have been at war with the G2A video game store. Many developers believe that G2A covers for thieves by allowing them to cash in on keys they bought with stolen credit cards. Summer 2019 G2A announced that will repeatedly compensate the loss to those studios that agree to conduct a joint investigation.

The conditions were as follows: G2A will hire an independent audit company with a good reputation, which will study the activities of both G2A and the developers. The first three audits are paid for by G2A, and the site and developers divide the cost of each subsequent audit in half.

If the audit company confirms that G2A is selling illegally obtained keys, then G2A will give the developer an amount that is not just equal to the loss from chargebacks, but multiplied by ten. It was assumed that through chargebacks (also known as "chargebacks"), fraudsters stole keys.

May 20, 2020-G2A published Results. Only one Studio responded to the offer --- Wube Software , Creator of a very popular factory construction simulator Factorio . G2A and Wube together, we made a list of requirements for an audit company that would suit both parties, but we did not find anyone suitable --- for example, potential partners did not agree to give permission to publicly release the results of the investigation. Then Wube G2A and G2A agreed that G2A will arrange an independent internal investigation-completely transparent to the public Wube .

Wube I gave G2A 321 keys, which, according to the Studio, got into stores illegally and reached end users in the period from March to June 2016. After all the proceedings, G2A confirmed that 198 of these keys were actually sold on its site. The remaining 123 keys were most likely sold through other stores.

G2A kept its word. Losses from "chargebacks" of each stolen key Factorio estimated at about 20 us dollars. In total G2A transferred in favor of Wube 39,600 US dollars.

As G2A emphasizes in your email all these steps are taken by the company in order to regain the trust of developers. G2A also says that criticism from developers helped the store "Wake up": they say, it took too much time to realize that fraudsters are abusing the site on an unhealthy scale. Now G2A uses some sophisticated AI technology to stop illegal activities.

Reprint of this material is possible if all links within the text are saved and there is an active and indexed link to StopGame.ru as the source of the article. 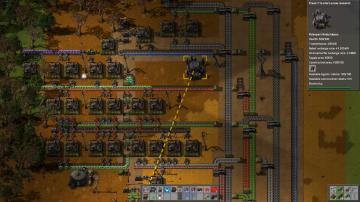