7 podcasts with enormous and entertaining back catalogs

Whether you're spending your time tidying up, learning a new hobby, or just bored, podcasts are a great way to dive into new media for free. While people tend to think of podcasts as a newer type of media, plenty have been running for over a decade. This means some podcasts have hundreds of episodes waiting to be heard, spanning different genres and moods.

Want fiction podcasts that will help you engage and escape? It's time to start your journey into some audio dramas that will have you enraptured for days. Want some nonfiction to help you learn, process, and relax? Podcasts have you covered. Here are some of our favorite shows with hefty backlogs that will keep you entertained for a good long while.

The Magnus Archives is a horror fiction podcast with a whopping 167 episodes as of writing. In The Magnus Archives, a man's new job requires him to record himself reading the text archives of strange stories. The stories don't seem intertwined, until suddenly, they do. The narrator becomes a full-fledged protagonist, and his coworkers become fascinating characters. The episodes' haunting, terrifying tales mixed with the slow-burn development of the characters has garnered so many fans that, allegedly, the early release of their new season's first episode caused Patreon to temporarily crashed. (Polygon reached out to Patreon, but the company was unable to confirm the rumor.)

If you're looking for fiction but don't want the commitment of a serialized story, Radiotopia's The Truth is a fiction anthology that ranges different genres and tones with each new episode. While The Truth has had a few serialized miniseries in its run, most episodes are one complete story, told in just about 25 minutes. With its backlog of 130 episodes, you can skip around until you find the kind of plot or tone you're in the mood for without missing out on important story context. The Truth works with different writers and actors, all workshopped by creator Jonathan Mitchell until they're ready for air. What you get is a honed piece of fiction that's snappy, riveting, and always surprisingly profound for its runtime.

3. Hello from the Magic Tavern

The polar opposite of The Truth might be Hello from the Magic Tavern. Arnie Niekamp of Jackbox Games plays a version of himself who has fallen into a magical portal behind a Burger King, landing him in the magical kingdom of Foon. There, he meets his podcast co-hosts, a shapeshifter and a wizard, who help him interview interesting figures from around Foon. This semi-serialized improv comedy podcast is known for its jokes about buttholes, but also for its great music and memorable characters. Magic Tavern has a whopping 256-episode backlogs of improvised world-building and somehow still manages to stay canonically consistent. The story does evolve and focus on specific plotlines, so you'll want to listen in order and hear how, yes, that wild thing they just said off the cuff does remain canon, forever.

Before breakout audio dramas like Limetown and The Bright Sessions , Hartlife NFP's Our Fair City had been going strong with a post-apocalyptic, not-quite-steampunk fiction story. Our Fair City has a massive cast and deals with questions like the nature of humanity with its "sub-human" mole people and the nightmarish ethics of a massive corporation. The first season, which debuted in 2011, has been archived on podcatchers to give you a jumpstart to their eight-season, 196-episode run. If you find yourself enraptured by Our Fair City and wanting even more of Hartlife NFP's work, be sure to check out their current podcast, Unwell.

For a dose of the starkly nonfiction, Oh No, Ross and Carrie! looks into claims of the paranormal, conspiracy theories, and pseudoscience. The hosts don't just discuss the claims, though; they investigate them first-hand by taking part. Episodes can range from one-off interviews with "medical mediums" to long series in which the hosts get banned and blacklisted by the Church of Scientology. What makes Oh No, Ross and Carrie! 's 240-plus episodes stand out isn't just their investigations, but their journalistic, empathetic approach to each subject. Ross (Blotcher) and Carrie (Poppy) aren't out to make villains of anyone or laugh at beliefs. When they find something that does work for them, like laughing yoga, they're genuinely elated instead of disappointed that they can't own anyone on their podcast.

From The New York Times , Still Processing is a deep look into some of the most buzzworthy and relevant pop culture. From what made "Old Town Road" the song of 2019 to how sex is depicted in pop culture, hosts Wesley Morris and Jenna Wortham discuss each topic with an even mix of analysis, current events reporting, and genuine love of pop culture. Still Processing looks at the media and figures we care about as a culture and dissects why and what it means when those things are more complicated than they might seem. With over 100 episodes, it's worth digging into Still Processing's backlog to both get a different perspective on the media you love and find new excitement for the pop culture you might have missed.

If you're waiting for that next episode of "Gourmet Makes" or "It's Alive," we have some good news: there are over 270 episodes of the Bon Appétit Foodcast. Hosted by the magazine's editor-in-chief, Adam Rapaport, and guest-hosted by a revolving cast of other on Bon Appétit icons like Carla Music, Priya Krishna, and Brad Leone, each episode of the podcast focuses on one food-centric topic. Episodes range from half an hour to a full hour, and the casual nature of conversation makes the show a great listen for doing chores and, of course, cooking dinner. The Bon Appétit Foodcastis a balm for the soul in the same way as Bon Appétit's YouTube presence or magazine, just for when your eyes need to be focused on something else. 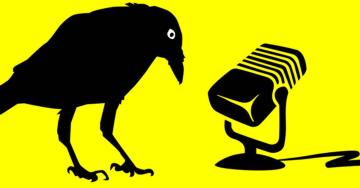