The Witcher 3: Wild Hunt turns five years old today. Can you believe it? It's become so famous I can't recall a time before it. Heck there's even a Witcher Netflix series that has made the whole thing more popular still. And although it wasn't CD Projekt Red which created the Witcher fiction, the world and characters - those honours of course go to Polish author Andrzej Sapkowski - it was that game, that third game, which broadcast it to the world.

We've written a lot about The Witcher 3 over the years (I don't appear to have written about much else!) so we thought it fitting that on the game's fifth birthday we collect our work together and share it with you in one handy space. Here's to a wonderful adventure.

The Witcher 3: Wild Hunt - some of our favourite pieces

The Witcher 3: Wild Hunt review - "A majestic, earthy open-world adventure with great integrity and personality, this is the best role-playing game in years."

The Witcher 3: Hearts of Stone review - The game's first expansion is "a delightful romp".

The Witcher 3: Blood and Wine review - The game's second, and much bigger expansion, "is a fitting end to an exceptional video game."

Games of the Decade: The refreshingly unfiltered Witcher 3 - The Witcher 3 was crowned one of our games of the decade. Ooh, steamy. Subscribe to our YouTube channel

The Witcher 3 on Switch: a close-up look at a mobile miracle - Don't forget the game is, by some magic or other, also available to play on Switch.

I was there when The Witcher 3 launched - I was a fly on the wall at CD Projekt Red when, five years ago, The Witcher 3 was released to the world.

The Witcher 3 is one of the best war games there's ever been - A sometimes overlooked aspect of The Witcher is how well it shows a region in the midst of a war. Not a hot, raging war, but one which has dragged on and depleted an area of all life and hope.

The making of The Witcher 3's greatest villain - Surprisingly not the Bloody Baron, who is a wonderfully human villain, but another mysterious character instead.

The writing of The Witcher 3 - Bringing it altogether wasn't as easy as it seems.

The Irishness of The Witcher 3's Skellige - Sceilg Mhicíl and Sceilg Bheag, collectively known as the Skellig Islands, are real places in Ireland, and they are steeped in deep, dark Irish folklore.

Meeting Andrzej Sapkowski, the writer who created The Witcher - I travel to a book signing to meet the author who created it all. He's not known for being friendly.

So you finished The Witcher on Netflix, what next? - How much do you know about The Witcher books? Do you know where to start with them? Let us help.

Seeing Red: The story of CD Projekt - Today it's one of the most prestigious game studios in the world, but the real story began many years before.

The voice behind The Witcher - Close your eyes and think of Geralt (that's an odd sentence to write). Can you hear him? Chances are you're hearing the voice of American Doug Cockle. So why wasn't he, in late 2016, more famous? I hopped on a train to try and track him down and find out.

We brewed Kaedwenian Stout from The Witcher 3 (featuring the voice of Geralt!) - And what else to do with a new friend than brew beer for him?

My gruelling weekend at Witcher School - The pinnacle of my Witcher madness has to be going to a freezing cold castle in Poland, in March 2016, to learn how to become a Witcher. I returned a changed man. Subscribe to our YouTube channel

The Witcher 3 mods: Our best mod recommendations and how to install them in Wild Hunt - Playing on PC? You have the ability to install mods and we suggest you do.

The Witcher 3 endings explained: What to choose to get good, bad and best endings - I honestly didn't realise there were this many endings when I played. It was only playing through for a second I realised how much things could change.

The Witcher 3 Places of Power locations list - Places of power give you an additional, free, skill point to spend so they're really useful.

The Witcher 3: Hearts of Stone walkthrough and guide - Olgierd got you down? Don't fret, we're here to help. 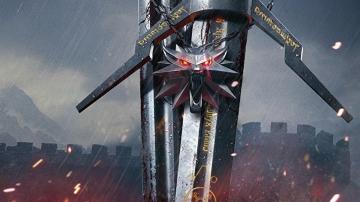