Sony Interactive Entertainment and Sucker Punch Studio presented the samurai action film Ghost of Tsushima at the State of Play event. A lengthy video confirmed the assumptions of gamers and journalists --- the structure of the game is similar to The Witcher 3 and other high-end projects in the open world.

In the video, the protagonist on horseback explores the open world, scouts the area, fights enemies in the open and in stealth mode.

Places of interest are marked on the world map, and animals, such as foxes, can also lead to them. Also, the wind can lead to quests, you need to go in its direction. The authors say the game will encourage independent research.

Battle animations are more than realistic. It is clear that the creators were advised by experts in fencing, so the fights in the game will definitely appeal to fans of dynamic and strategic action. During battles, detection indicators appear, which make it easier to navigate the terrain and understand how and when you can quietly eliminate enemies. In extreme situations, Jin can use smoke bombs to retreat unnoticed or unexpectedly attack enemies, and the hero also has a bow.

At the end of the presentation, a photo mode was shown that will allow you to make black-and-white short films that refer to the cult works of Akira Kurosawa.

Ghost of Tsushima is released on July 17 only on PlayStation 4. 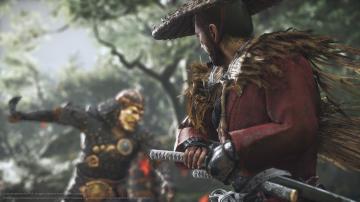