Having been introduced on consoles last month, bots are now making their debut on PUBG's PC test servers as part of update 7.2, and I think it's fair to say some players aren't very happy about it.

As explained by PUBG Corp, bots are being introduced in public matchmaking as a way to provide new players with easier targets and tackle the widening skill gap. Some have speculated, however, that it could also be a way to bulk up lobbies and reduce queue times due to declining player numbers.

In any case, PUBG Corp says the ratio of bots to humans is dynamic, meaning you'll likely see fewer bots at a higher level - although this also depends on the matchmaking pool for each server. Bot actions are currently limited to basics such as walking, running, crouching and shooting, but further actions are due to be added at a later date (including swimming, so watch out). Subscribe to our YouTube channel

One place where you're guaranteed not to find any bots, at least, is the new Ranked Mode - although this is due to be capped at 64 players. It currently includes TPP and FPP squad modes, but the option to play in squads of one to three players is also available. The idea with Ranked Mode is to provide a more competitive space for PUBG players, with additional rewards for those who climb the ranks, and leaderboards to keep tabs on who's at the top.

There are a couple of reasons why players are upset at the prospect of bots: some feel they will make the start of matches boring, while others feel the inclusion of bots muddies the tense mood of a player-only battle royale. PUBG Corp acknowledged the bots have become a "controversial topic" in the community, but stood by its decision to include them in the PC version, reassuring players it "plans on making improvements to how bots currently work". If you want to learn more about our new AI overlords, you can find the details in the patch notes. 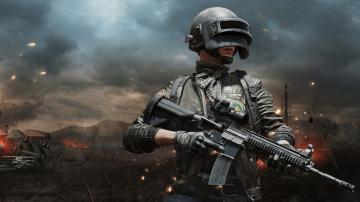