The Mafia series is getting a trilogy re-release

2K's trilogy of Mafia games are getting a re-release via a package called, fittingly, Mafia Trilogy.

Today's brief teaser doesn't tell us much other than the trilogy's new platforms - PC (via Steam and the Epic Games Store), PlayStation 4, Xbox One and Stadia - and to expect more details next week, on Tuesday 19th May.

But it fits with Mafia 2's recent reappearance on ratings boards around the world, suggesting it was set for an imminent re-release on current consoles.

After two years of silence, 2K's Twitter account sprung back into life at the weekend, blurting the word "Family" - just in time for Mother's Day in the US.

The original Mafia released in 2002 for PC, PS2 and the original Xbox. It was another eight years until Mafia 2 arrived for PC, PS3 and Xbox 360 in 2010. Mafia 3, meanwhile, turned up in 2016. Little links each game - each was developed by different teams, with their own setting and characters.

There's no official word yet on what to expect from the trilogy, though fan hopes are high for Mafia 2 to get the remaster treatment. For now, here's the teaser: 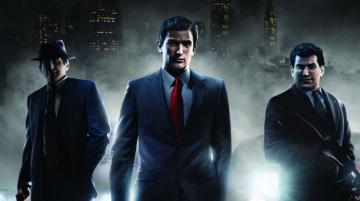