Digital Dragons, Poland's annual game conference, has shaken things up a little this year as a result of the global coronavirus outbreak; to complement its usual live event, now rescheduled for September, three days of indie-focussed online celebrations are currently underway, featuring a selection of livestreams and playable demos on Steam.

It's all happening under the guise of the Digital Dragons Indie Celebration, with the online event focussing its attention on 50 titles - both already released and upcoming - selected by a panel of judges from 200 submissions. Some of these will be showcased via livestreams (presented in a variety of languages) while others will be accessible in the form of 25+ free playable demos.

Demos and livestreams cover a wide range of genres - there's snowy cinematic action in Unto The End, god-slaying dungeon-crawling in Eldest Souls, noir-ish cyberpunk in Liberated, folklore-inspired adventuring in Röki, rogue-like beat-matching in Rhythm Fighter, and plenty more - so it's well worth having a bit of peruse. 50 games feature across the event's demo selection and livestreams.

And if you're particularly taken with anything you see or play from now until the end of the event on Friday, 15th May, players are invited to take part in the Community Vote award, with results set to be announced alongside the judging panel's top three games.

Demos can be browsed on Steam, a full list of livestreams can be found here, and Digital Dragons' live Indie Showcase event is currently expected to take play on 14th-15th September. 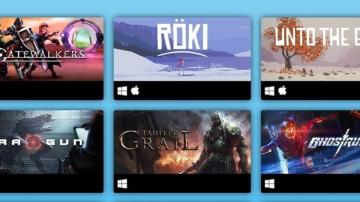