Our 6 most anticipated summer anime series

The summer anime season is upon us, bringing a handful of good series to our streaming doors. Some of the release dates for the summer slate are a little bit complicated, thanks to production difficulties in Japan caused by the spread of COVID-19 and subsequent protective orders. Because of the pandemic, some of this summer's series are actually from the Spring slate, while other series missed their planned summer releases and . But even with those delays, there are still plenty of great anime to watch starting in a couple of months. The 2020 summer season has tons of highly anticipated sequels, like the third season of Is it Wrong to Try to Pick Up Girls in a Dungeon? and round two of Re:Zero --- Starting Life in Another World *.*There's also a handful of new original series coming out that we're quite excited for. Here's what to expect this July: Ochikobore Fruit Tart The girls living in the fourth dorm at Rat Production are idols who couldn't make the cut. When their dorm is threatened to be demolished, they get a manager who puts them into an idol group in order to make money and save their home. The anime is based off of a four-panel manga filled with jokes and fun moments delivered in bite-sized pieces. Just know this: idol anime is good. ---Julia Lee Gibiate In the Japan of 2030, a virus outbreak is turning people into monsters. Thankfully, a ninja and samurai appear from the Edo period, taking out these monstrosities and helping a doctor find a cure. While the premise of Gibiate may seem particularly bleak during these times, character designer Yoshitaka Amano is the biggest draw to this show. Known for his work on the Final Fantasy series, Amano sets himself apart from other designers with his intricate art style and unique designs. Both are extremely noticeable in Gibiate . ---JL Umayon OK, hear me out. I put Uma Musume Pretty Derby on as one of the best of 2018, and that is because it's a good anime. It's wholesome and it's about horse girls who race and follow their dreams. Umayon is the cutesier version that'll focus more on slice-of-life stories about the various characters. It's not a full anime, and it's considered a short, so each episode will only be a couple minutes long. Just ... consider putting some time aside for the horse girls. ---JL Haikyuu!! To the Top (season 2) Haikyuu!! tells the story of an underdog high school volleyball team as they fight their way to the top. This latest season, which will likely pick up right where the last one ended, will follow the team as they progress through Japan's volleyball national championships and face some of the country's most elite schools. The series does an excellent job of blending the personal and volleyball-related struggles of the players with the complex relationship of the team as a whole. Of course, there's also the volleyball matches themselves, which feature incredible animation that rivals the best fight scenes from more action-oriented shonen, and often have a nice parallel to the stories the characters are going through. ---Austen Goslin The God of High School The God of High School , a Crunchyroll original, is based on a South Korean web manhwa. The story follows Jin Mo-Ri a martial artist who enters a tournament called The God of High School. Along with their own fighting prowess, competitors draw on something called "Borrowed Power," a mystical energy that comes from supernatural forces. All this to say, that this series is going to involve a lot of really cool fighting, and honestly what more do you need? ---AG Fire Force season 2 Soul Eater creator Atsushi Ōkubo's second series is getting another season. Things are heating up (no pun intended), as the last season of Fire Force wrapped up by explaining a bit about protagonist Shinra Kasukabe's past and the deal with his younger brother. We'll likely be finding out more about the mysterious White-Clad organization in this second season. The sweet animation for the fight scenes in Fire Force make it an exciting show the watch, as long as you can stomach the embarrassing fan service scenes. ---JL 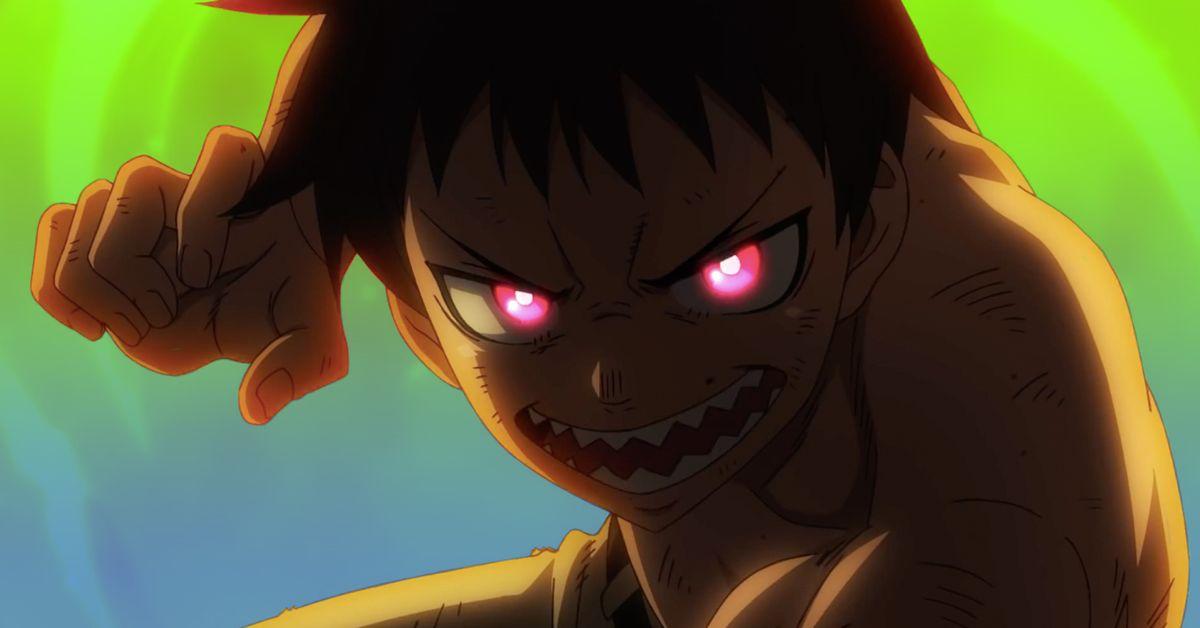