After two weeks of closed beta release,'s first patch has arrived. As , it takes aim at nerfing and , two of the game's strongest and most played Agents. Riot directed the patch's biggest nerfs at Raze, the Agent that players have been most frustrated by so far in the beta. The adjustments tone down her abilities' overall damage but they also take a look at her ability clarity as well. This means that Riot wants to make sure players can always tell where Raze's abilities are headed and how to dodge their damage. On top of those changes, she can only carry one grenade now, but can get it back if she earns two kills after throwing it. | Related | | #### | | This patch's other big nerfs came to Sage, one of Valorant's best all-around Agents and a staple of nearly every game. The wall that Sage's Barrier Orb creates can now be broken twice as quickly with melee damage, making it easier for players to get through. Sage's Slow Orb can also now be traversed without making any noise if players walk through it instead of running or jumping. This patch also addressed some of the bugs that allowed players to escape the boundaries of certain maps. Behind the scenes, Riot also used the patch to improve Valorant's network performance because certain ISPs were throttling the game's traffic. For a full look at the changes in Valorant closed beta patch .47 you can find the below. *** Melee Damage Melee attacks now inflict double the damage per hit to destructibles, including * Sage's Barrier * Haven's metal double doors Why? «There weren't enough options during low econ rounds---such as the first round and right after switching sides---to combat Sage's Barrier Orb. Our intent is to add a high-risk, high-reward method for players to interact with her wall, while still being able to take it down, no matter their loadout» Raze * Reduced Paint Shells from 2 to 1 * Paint Shells now have a kill reset, requiring players to get 2 kills to refresh cooldown * Tuned and adjusted audio for Paint Shells, Blast Pack, and Showstopper so that they'll be easier to hear in hectic scenarios * Fixed an edge case where the secondary cluster of Paint Shells would explode quicker than intended. They now have a minimum duration before exploding. What's up with that? «Raze's goal is to be a highly-threatening duelist that punishes enemies posted in predictable positions, but we felt like the cluster grenades and their number were creating overly oppressive scenarios. Also, players should be supplied proper gameplay information and the audio cues on all of Raze's abilities didn't match their threat, so we changed the audio of each. For example, when the Showstopper is equipped or fired from a distance, players should be able to clearly identify and interpret the threat.» Sage * Slow Orb now also slows the air speed of players in the zone * Players can now walk through the Slow Orb without making noise Why though? «Players were able to circumvent too much of Sage's Slow Orb by bunny hopping through the zone. We want the minimum slow amount to be a bit more consistent with all movement in the zone, while still allowing for bunny hopping and walking to provide a slightbenefit to traversing the zone. Also, we feel adding a stealthy yet slow way to move through the field brings more nuance to playing against the zone and a bit more uncertainty for Sage, since she can't necessarily hear people who move through» Map Updates * Several exploits fixed on Bind, Haven, and Split * Split: Orb moved from B Mid to B Main «The intent is to alleviate some pressure from mid and provide more incentive for players to control B Main.» Quality of Life Reduced outbound network traffic from client for players running at high frames-per-second * Some ISPs and network setups were throttling game traffic, impacting gameplay by causing large spikes in network latency as FPS increased. * No impact to gameplay / responsiveness Bug Fixes * Fixed a rare server crash caused by packets occasionally being corrupted by some players' networks * Cypher's Spycam can no longer use weapons * Fixed a bug where footstep audible range would sometimes not appear on the minimap *** | Alienware Aurora R8 | Alienware's Aurora R8 is easy to recommend as an entry-level gaming PC. | Vox Media has affiliate partnerships. These do not influence editorial content, though Vox Media may earn commissions for products purchased via affiliate links. For more information, see our*.* 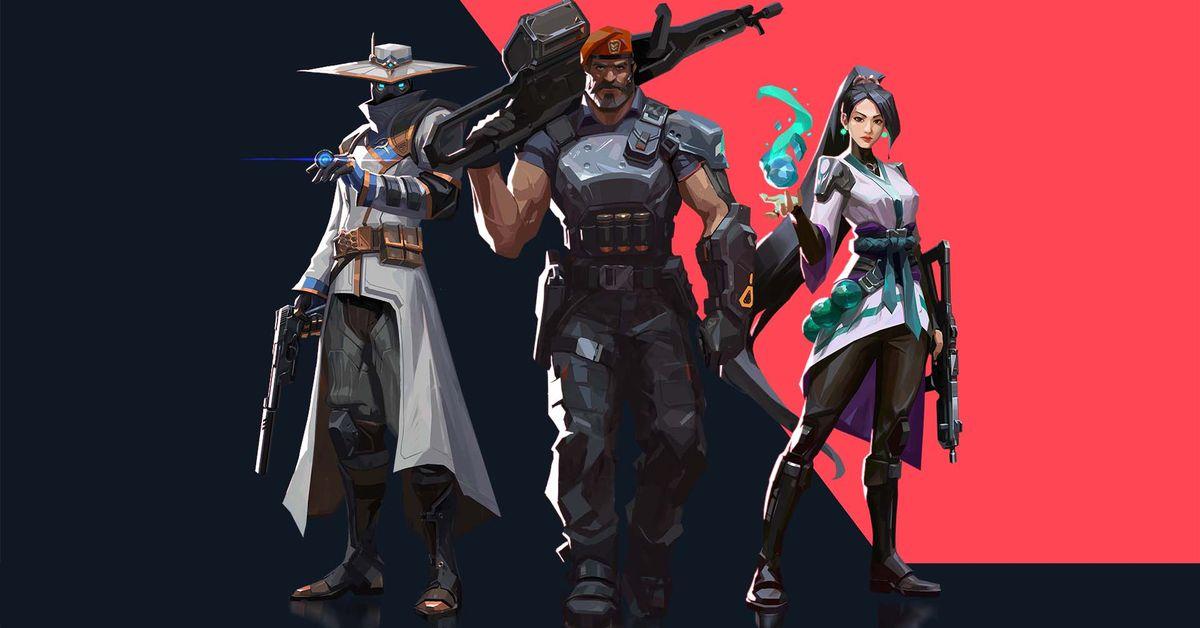