"This is unbelievable." Doom Eternal has only been out for a few weeks, but speedrunners have already found a host of exploits and bugs to take them from start-to-end of the game in under half an hour. Now four of the game's heads of development have sat down to watch one speedrunner burn through their 20-hour game in 27 minutes. In a new video from , executive producer Marty Stratton, director Hugo Martin, lead level designer Jerry Keehan, and lead game programmer Evan Eubanks, are left astonished by the speedrun tactics of one Xamide, the current record-holder for speedrunning Doom Eternal. "How long does he take to figure this out? This is nuts." As you can see in the video below, Xamide is playing the game on Doom Eternal's Vulkan settings, getting him roughly 250 fps for most of the run. In the video, the developers discuss whether or not to fix certain bugs used within the run and what affect that would have on current speedruns. The team states it simply isn't possible to stop players from exploiting bugs in the game, and instead suggest that they begin thinking about adding Easter Eggs specifically for speedrunners to find. Doom Eternal received stars from VG247. "When you're right in the thick of it, zipping around like a toddler after a pack of Smarties, efficiently and methodically laying waste to the hordes of hell at 900 gibs per minute, this is the strongest Doom has ever been," says our Kirk. "It's the combat of Doom 2016 expanded in clever ways, built upon in layers, like the skin and muscles of a demon that you remove in chunks with each trigger pull. Playing it is like catharsis, a virtual wall punch for the modern age." 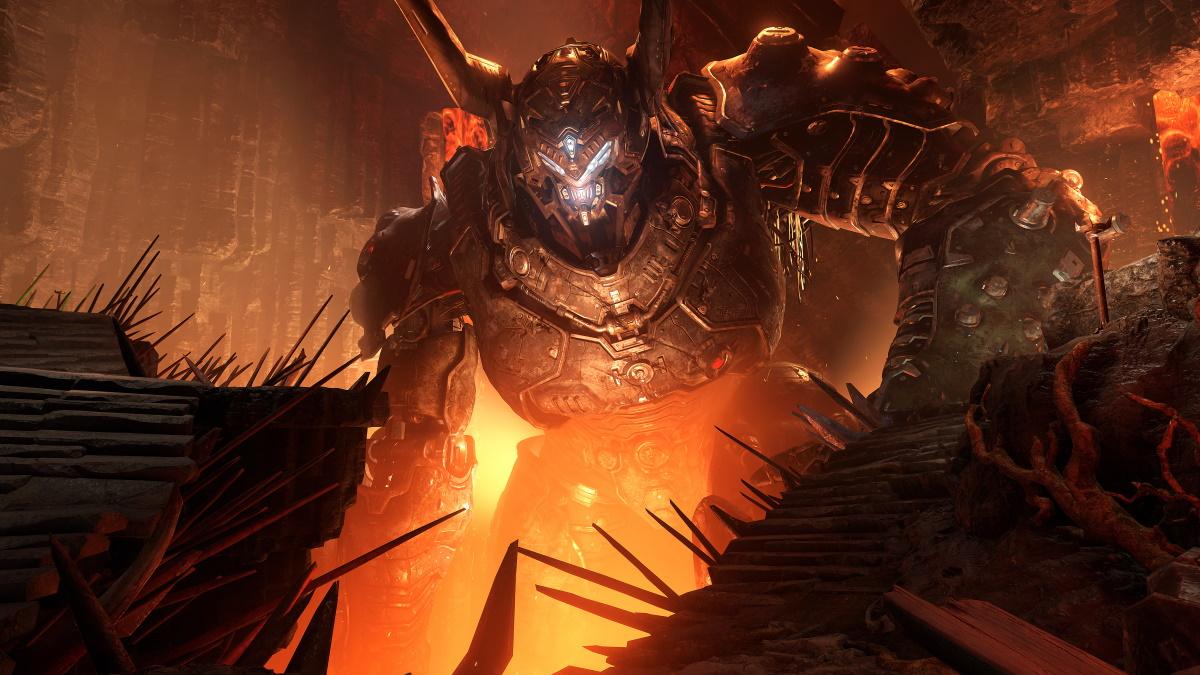