Bungie has announced the inaugural Guardian Games for Destiny 2, which is a competition between the game's three classes. For the next three weeks, you can participate in Destiny 2's Guardian Games. The event pits the game's classes against one another, and the ultimate goal is to find out which calls "reigns supreme," and a "permanent reminder" of the winning class will be added to the Tower for the rest of the year. To participate, you will need to meet with Eva and Zavala for a series of daily class challenges. Every point you earn will matter on the Tower's scoreboard. Daily reward packages include a new Exotic Machine Gun, new Exotic Ghosts, and new metallic class items that change between bronze, silver, and gold based on class standing. There will also be two new ships and Sparrows available for the taking. Complete the weekly "On Your Laurels" quest you can unlock a Bungie Rewards Guardian Games Box. Here's how it works, : * Medals: Players can pick up medals from Eva and complete them. Turning completed Medals in to the Tower Podium will increase your team's daily score. * Laurels: Complete the weekly "On Your Laurels" quest and unlock an exclusive Bungie Rewards Guardian Games Box. Now logging off doesn't mean you have to stop showing off. Pick up Laurels dropped by other players during Guardian Games to complete Medals and advance your team's rankings. Laurels will drop in all activities except for Gambit and Crucible, where they will be awarded after a match has ended. * Exotic Ghosts: Complete Eva's weekly exotic quest to claim one of three exotic ghosts. Complete all three weekly quests to gain all three. * Tower Podium: During Guardian Games, the Tower's Guardian Games Podium will change daily to reflect the current status of the leading team. Class flags will update throughout the day to show which team is leading -- gold is first place, silver is second place, and bronze is third place. There will also be a calendar showing the winner for each day throughout the event. In addition to the Podium, player's class items will also change colors daily to show their current place, being gold, silver, or bronze. Here's more: * Players must wear their Guardian Games class item in order to progress any Guardian Game bounties. * Eva's daily reward packages will only be available to players who participated in that day's competition by depositing at least one medal. * Daily reward packages do not stack. Eva holds at most one package for players at a time. * Laurels do not drop in Gambit or Crucible, and are instead rewarded directly to players. * Unrecovered laurels do not go to a player's Postmaster and must be picked up to count. The Guardian Games run April 21-May 11. 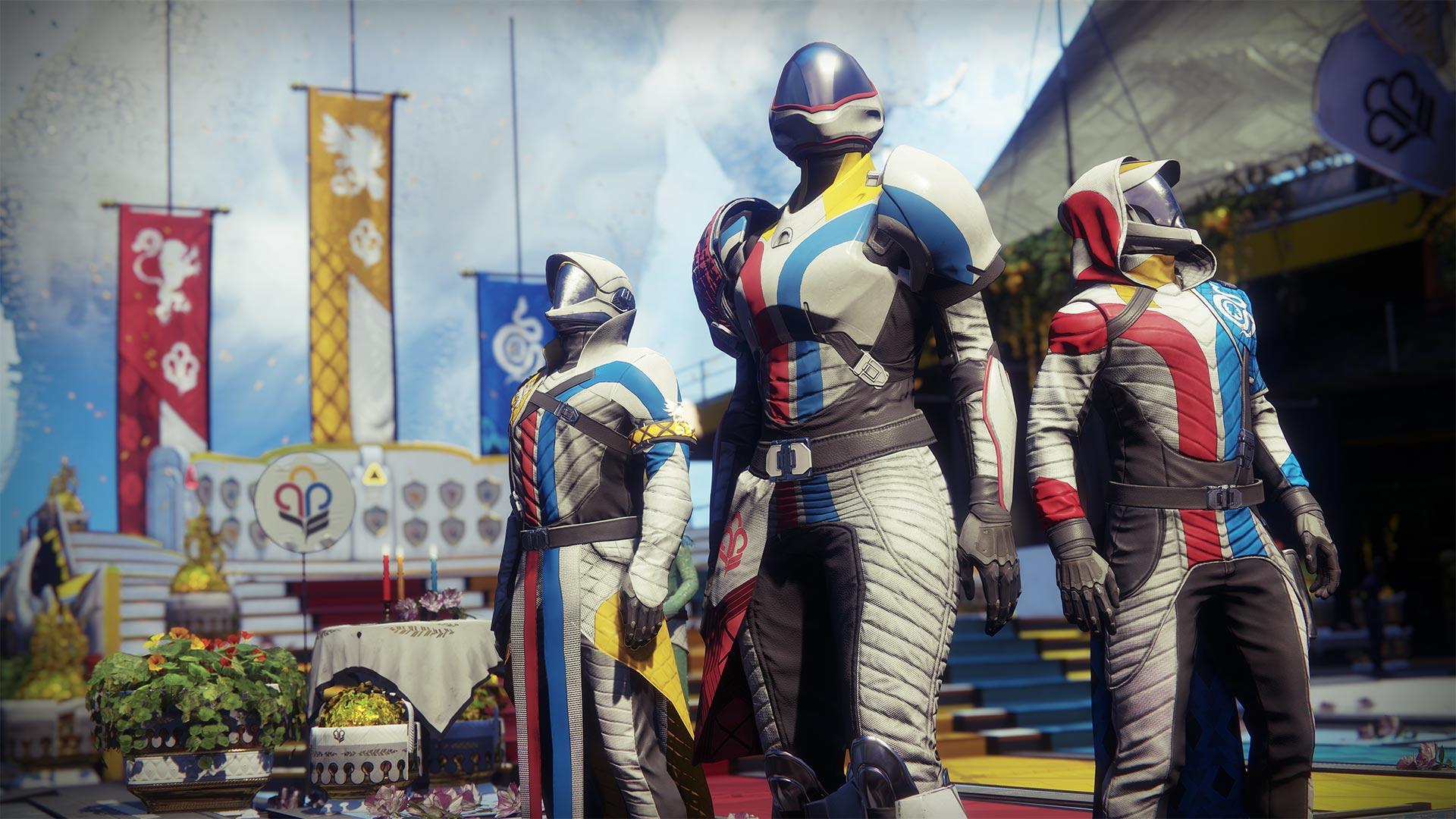