When Animal Crossing: New Horizons launched, fans were quick to note that some long-standing characters and features were conspicuously missing. While Nintendo assured players that the game , nobody knows what --- or who --- will be included in these events. But island villagers may now be giving players a clue. Recently, like Twitter user @sliceofcy have noticed that their villagers mention Brewster, a chill coffee-shop owner who currently isn't in the game. In the past, Brewster would serve players a drink while dispensing some fun facts. «Brewster was mentioned... --- Cheryl Isle of le potato (@sliceofcy)» Prior to this clip, data miners claimed that the in-game code includes a reference to a museum cafe, which presumably Brewster would oversee. «Hey, it does! Thanks for the heads up. Can confirm MuseumCafe is legit (cc ) --- OatmealDome (@OatmealDome)» That's not all. Another clip going around right now sees a villager discussing their admiration of paintings in the game's museum --- something that currently isn't possible. «did fang just leak the art dlc --- ka (@sylvidia)» Previously, players could be visited by a character named Redd, who sold high-value paintings and statues. In a twist, however, many of the paintings could be fake. All forgeries had small details that would appear different from the true items, so players had to put some effort into making sure they had the real deal. | Related | | #### | | If both of these clips turn out to be true, then it seems that New Horizonswill, at some point, get some significant upgrades to the museum --- which currently only allows players to donate fish, bugs, and fossils. However, it's just as likely that villagers are just making idle chatter, and these references are meant to be Easter eggs for players who have enjoyed prior titles. What we do know for sure is that Animal Crossing: New Horizons will at the end of April, when the idyllic game will be graced by the likes of Leif the sloth, a fan-favorite character who was initially missing from the game. And of course, , so chances are pretty good that we'll see the return of at least some old characters. 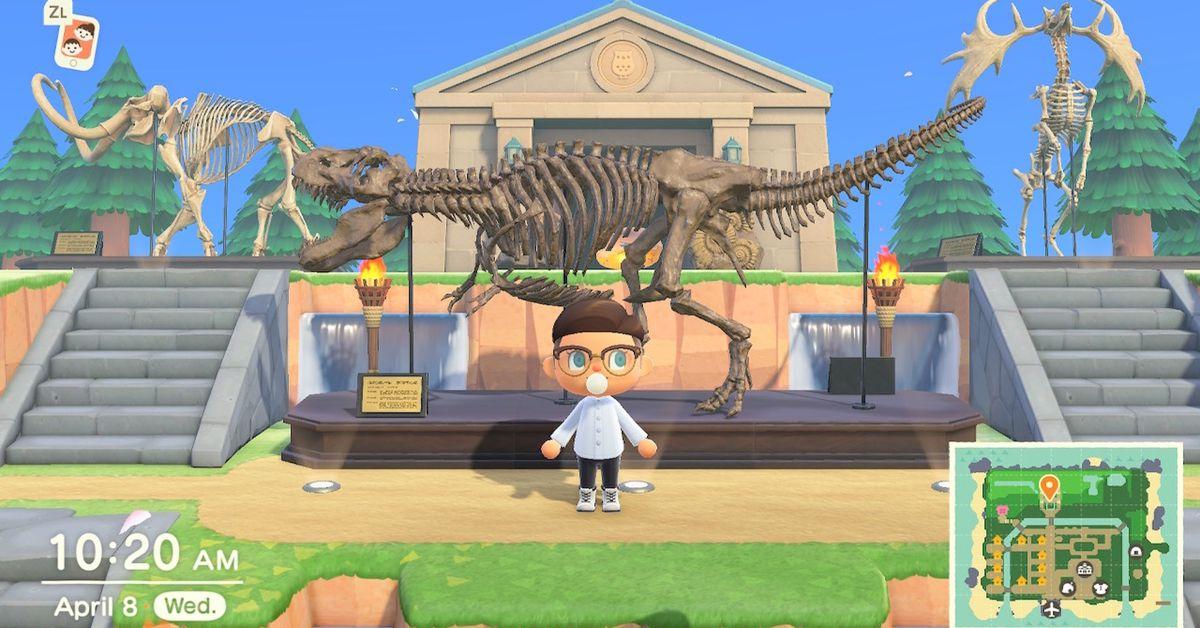