Sea of Thieves’ next update is all about factions, fighting, and cats

currently has a handful of factions that hand out quests and cosmetics; they serve as the backbone for the game's content delivery. The next free update to Sea of Thieves, titled Ships of Fortune, is all about reinforcing and upgrading those systems. Players will be able to build a closer relationship with the game's original factions from launch: Gold Hoarders, Merchant Alliance, Order of Souls, and Athena's faction. By becoming an Emissary, that faction will provide boosted rewards and a new range of cosmetics. Becoming an Emissary will require "a significant donation", and then players will be able to earn one of five Grades via that faction's standard gameplay loop. If a player has a high Grade, selling loot to that faction will come with a significant multiplier for an even bigger cash-out and new cosmetics. For instance, Emissaries of the Order of Souls will be able to earn new, spooky ships. What's the drawback of this new system? A new faction joins the sea, called The Reaper's Bones. The Reaper's Bones will target Emissaries of other factions, leading to more PvE combat. PvP combat in the game has also been in a bit of a rut, and this new update is also set to address some of the game mode's biggest issues. Players won't be battling over a variety of treasures now; instead, there will be one chest and one cash-in location. Each match will now last 15 minutes, down from 24. There are two more exciting, small-scale changes. The first is that downed pirates in a crew will have a short window of opportunity in which they can be resurrected; this means that players don't always have to wait for the punishing Ferry of Souls timer. In addition, cats will be added to the market. Wildcats, Ragamuffins, and Maus will be available for purchase, and that's always nice. Sea of Thieves ' Ships of Fortune update is set to launch on April 22 for all players across Xbox One and PC. It is a free update; Sea of Thieves can also be play via Xbox Game Pass. 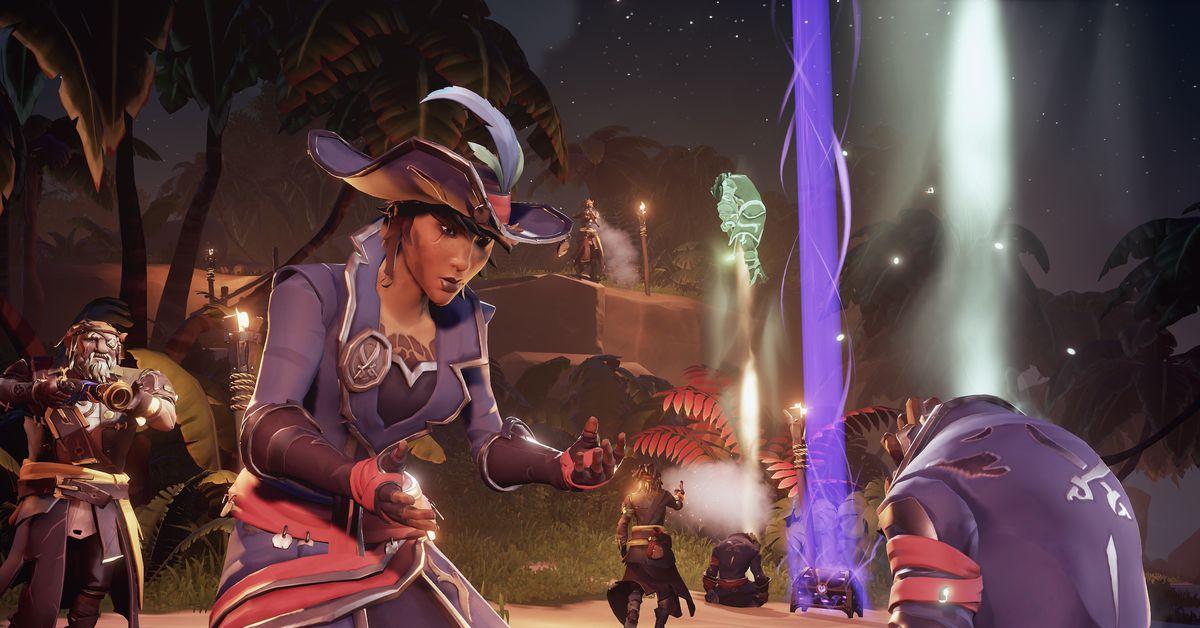