Season three of Call of Duty: Modern Warfare and Warzone kicks off April 8

Infinity Ward has announced when you can expect season three of Call of Duty: Modern Warfare and Warzone to kick off. Modern Warfare and Warzone players can expect season three to start next week on April 8. Details on what to expect haven't been provided as of press time, but we expect that to change early next week before the season officially kicks off. «--- Call of Duty (@CallofDuty)» As you can see by the tweet, the image teases what to expect with the new content (thanks, ). In the meantime, both games are handing out this weekend, and the publisher is offering Battle Pass owners . Also this weekend, Warzone players can jump into playlist with Stocked Up, Locked Down, and the maps Shoot House (6v6) and Atlas Superstore (10v10) this weekend for free. 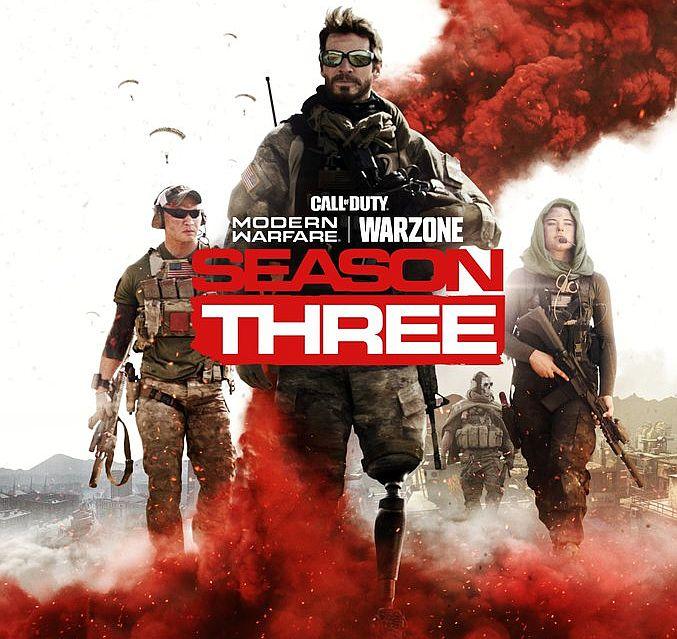