Call of Duty may use Humvees without maker’s permission, judge rules

/cdn.vox-cdn.com/uploads/chorus_image/image/66601111/M1026_HMMWV_repaired_MW2.0.png) Image: Infinity Ward/Activision via Soldiers repairing a Humvee at Fire Base Phoenix in 2009's Call of Duty: Modern Warfare 2. Activision's Call of Duty franchise may use and show Humvees without paying a license to the military vehicles' maker, a federal judge ruled on Tuesday. AM General, which developed the Humvee in 1983 and has manufactured it since, , saying that the Humvee's unauthorized appearance in several Call of Duty video games since 2007's lent authenticity and value to the series without due compensation or permission. But Judge George B. Daniels of U.S. District Court for the Southern District of New York ruled that Activision's use of the Humvee's likeness ("trade dress" is the legal term) was warranted, as the publisher's motivation for doing so was to present militaries of various nations in a realistic context. "Defendants' uses of Humvees in Call of Duty games have artistic relevance," Daniels wrote, in granting Activision Blizzard's motion to throw out AM General's complaint. "Featuring actual vehicles used by military operations around the world in video games about simulated modern warfare surely evokes a sense of realism and lifelikeness to the player." Daniels found that the representation of Humvees in Call of Duty satisfied a test established by legal precedent that requires such a use to have artistic relevance. "Any reasonable juror would conclude that the presence of Humvees in Call of Duty games possesses an artistic value that is at least 'above zero,'" he wrote. Other legal tests, involving brand confusion, bad-faith use, and the businesses in which the two sides are engaged, all broke in Activision's favor, too. AM General brought its suit in November 2017; the preceding summer, Activision . It is a version of the first Call of Duty game to feature Humvees, updated for current hardware. AM General's lawsuit pointed to the Humvee's unauthorized appearance in six console video games and other mobile and spinoff works over the preceding 10 years. The suit also noted that, in 1998, the company had complained to Activision about the Humvee's appearance in an unrelated game (Sin), and after exchanging correspondence, Activision had agreed not to use it. Daniels found that the 1998 letter would be inadmissible at a trial, and that he did not have to consider it. The remaining other uses of the Humvee "do not demonstrate a desire to 'sow confusion between the two companies' products,'" Daniels said, quoting another ruling. Polygon reached out to a representative of Activision Blizzard to ask for additional comment. AM General's lawsuit resembles one brought in 2012 involving Electronic Arts and the parent company of Bell Helicopter, whose aircraft had appeared in the Battlefield franchise. In that case, however, as it and Textron (Bell's parent) had been in unproductive negotiations over the use that the publisher felt would end in a lawsuit. EA was seeking a judge's ruling that such use, without seeking permission first, was fair and protected by the First Amendment. But the matter ended without any opinion after EA and Textron . EA had made similar arguments of First Amendment protection over its use of real-life college football players' likenesses in the roster of its NCAA Football franchise. A judge , setting the stage for Electronic Arts to pay $40 million to settle the class action brought by former college football players, and cancel the NCAA Football series that September. 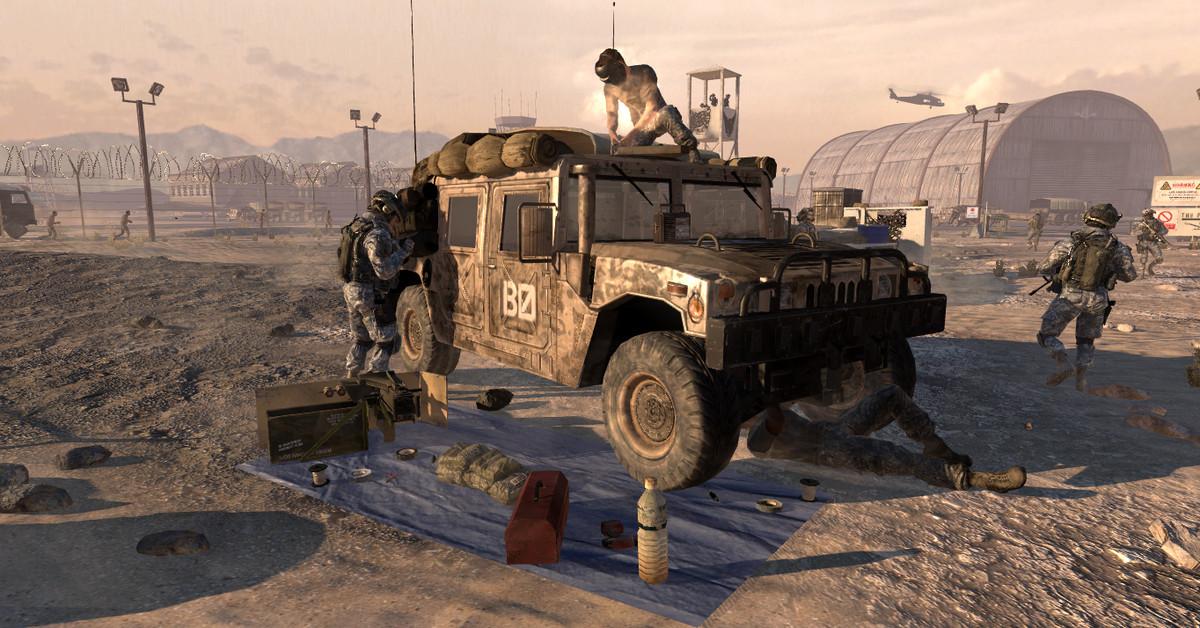