US: The Legend of Heroes: Trails of Cold Steel IV coming to Nintendo Switch 2021

NIS America and Game Informer have announced today that The Legend of Heroes: Trails of Cold Steel IV will be arriving in North America on Nintendo Switch in 2021. The game will be getting an earlier release on the PlayStation 4 which is scheduled to be released this fall. There will be a day one edition available which is titled the Frontline edition and also a special limited edition version. «"This title holds an important place as the end of the Cold Steel series and the mid-point of an overall story that began with Trails in the Sky," explains Nihon Falcom president and producer Toshihiro Kondo. "We've hinted at various mysteries since Trails in the Sky and all of those related to the Erebonian Empire will be revealed here."» 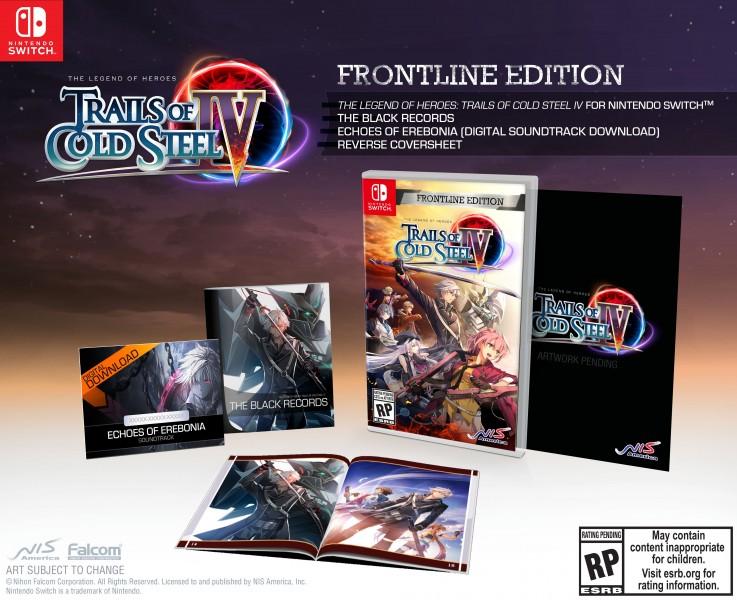