Amazon has brought back its great value deal that allows you to buy 2 get 1 free on select board games and video games. It's an impeccably-timed deal from the mega-retailer as many of us are now cooped up at home looking for something to do or play. And there are lots of great games included -- whether you're looking for something for your console or your tabletop. You can browse the full range of products in the here. I've also listed a few of the standout games included below to give you an idea of what's up for grabs. Video Games: * Doom Eternal * Death Stranding * The Outer Worlds * Grand Theft Auto 5 * Nioh 2 * Monster Hunter World: Iceborne -- Master Edition * Shenmue 3 * Crash Team Racing * Two Point Hospital * Dungeons & Dragons Essentials Kit * Dungeons & Dragons Starter Set * Codenames * Settlers of Catan * Exploding Kittens * Cards Against Humanity * Risk * Splendor * Mysterium * Dixit * Munchkin Of those, the likes of Doom Eternal and Nioh 2 are very tempting inclusions, considering they've only been out for a matter of weeks. Stock seems to be an issue in some places, though, so do make sure you doublecheck what's available as some may no longer be available when you're browsing. On the tabletop front, I can very easily recommend both Codenames and Mysterium as a pair of brilliant board games to play for all ages. Perfect to mix things up during these quiet evenings. The former is a word game which tasks players to describe a series of codenames on the table using just one-word clues. Point them to your own and you win, be you'll have to avoid accidentally describing those belonging to your opponent -- or finding the game-ending double agent. Meanwhile, the latter is a cooperative game that has one person play as a ghost and the other as paranormal investigators. The ghost can only communicate using a series of abstract dream cards, which the players must use to identify who murdered the ghost, using what weapon and where. Imagine something like Cluedo meets Most Haunted via David Lynch and you'll get the idea. Anyway, do keep an eye on the page as more games could be added at any time. Hopefully, there's something that'll keep you entertained in there! Remember, for even more offers you can head over to Jelly Deals. We've got a look at the , a look at some of the and where you can . 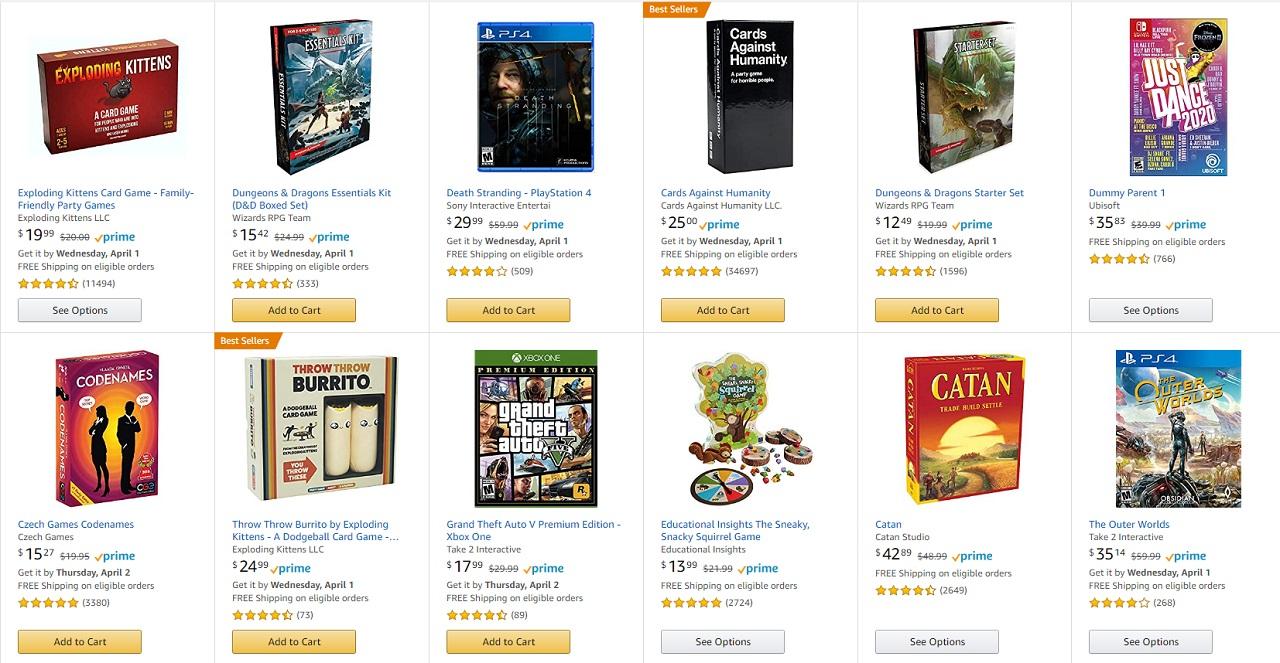