With COVID-19 forcing many , many late night hosts are taking their shows to their homes. After a two-week hiatus, John Oliver joins the likes of , , and in broadcasting his show, Last Week Tonight, from within the walls of his own home. Unlike Fallon, Meyers, and Colbert, though, Oliver's home seems to be ... just a white wall with no discernible personal markings. "My home is --- and this is true --- a white void full sad facts," announced Oliver cheerfully at the start of his show. "Where else did you think I lived?" He begins the segment relatively lightheartedly, talking about a hamster on TikTok who now knows he exists, before segueing into the typical summation of news events. Oliver's not the only late-night host making a comeback this week. Conan O'Brien is set to premiereConan at Home on March 30. 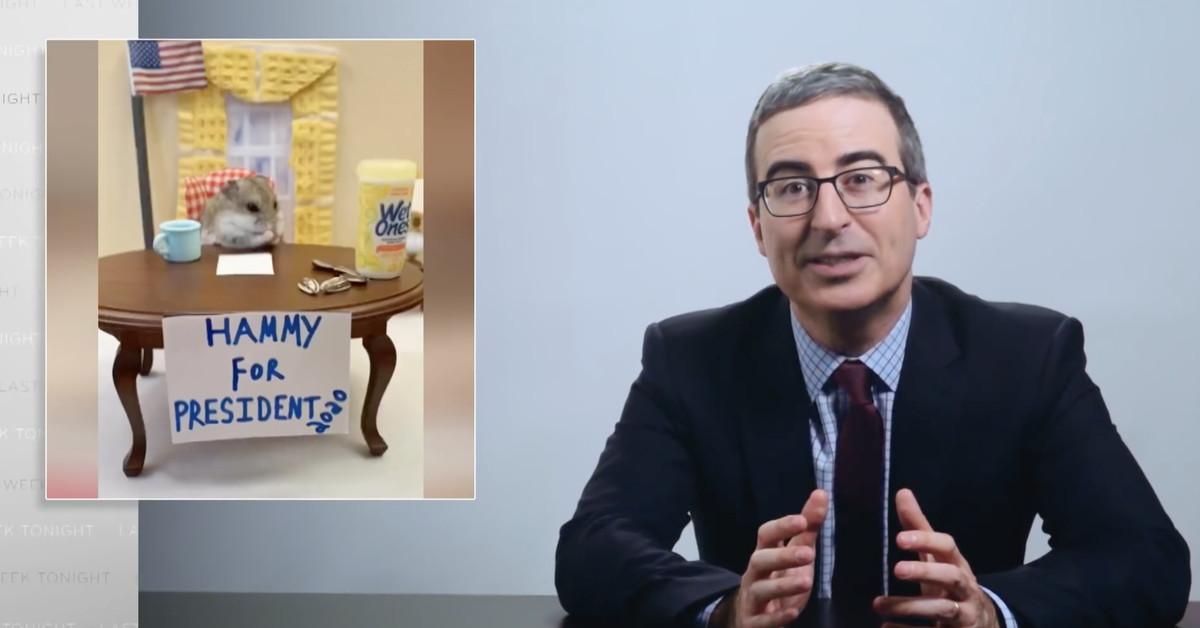