Unscrupulous (or go-gettingly enterprising, depending on your perspective) Animal Crossing: New Horizons players have a crafty new tool at their disposal in their quest for financial superiority, arriving in the form of a freshly discovered item duplication exploit, enabling them to rack up hundreds of thousands of Bells with minimal effort.

While some new island dwellers have been content to earn a crust the good old-fashioned way since New Horizons launched on Friday - through hard toil and, you know, selling a bunch of bees - others, using a method outlined by GameXplain, are riding roughshod over the laws of physics to conjure duplicate items out of thin air and flog them for potentially limitless funds.

All that's required in-game is a second player, the item you want to duplicate, and some sort of box or stand to put it on. First, the object in question must be placed on the box, which one player should then start rotating. The other player, meanwhile, should grab the object with Y, causing a copy to be added to their inventory while the original items stays where it is. Subscribe to our YouTube channel

The process can then be repeated for further duplicates of that item, or to hoard boundless copies of any other item that a player has already acquired.

What you do with those duplicates is, of course, up to you; perhaps you'll spend your days rolling seductively around your living room abound in soft fruit, or perhaps, more practically, you'll make your rapid fortune by participating in some sort of illicit tarantula trade.

Becoming a Bellionaire in record time does seem to run counter to Animal Crossing's whole slow-and-steady ethos (this is, after all, a game that makes you toil for a damn item wheel), but can we really begrudge players grasping for a bit of financial stability in this darkest of timelines? We'll know how Nintendo feels about the whole thing based on how swiftly it decides to patch the sneaky glitch out of the game. 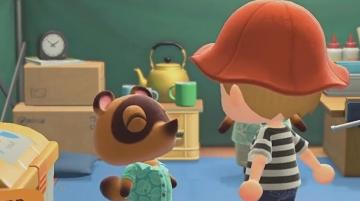