Steam and Counter-Strike: Global Offensive once again this week broke peak concurrent player records. Steam hit 20,313,476 concurrent users and CSGO hit 1,024,845 concurrent players. Yesterday, Steam broke that record with 21,360,226 concurrent users, and CSGO hit 1,060,189 concurrent players (thanks, ). As of press time, current players of CSGO number 1,053,911 and today's peak hit 1,065,790 besting yesterday's figures. Total concurrent users on Steam right now come in at 22,101,886 and peaked earlier today at 22,378,747 -- once again, breaking yesterday's figures. It's thought self-isolation and various business closures due to COVID-19 may have something to do with the large figures, what with folks staying at home and all. But there's also the going on, which features over 40 game demos available until March 23. Plus, there are , one of which is Tomb Raider. 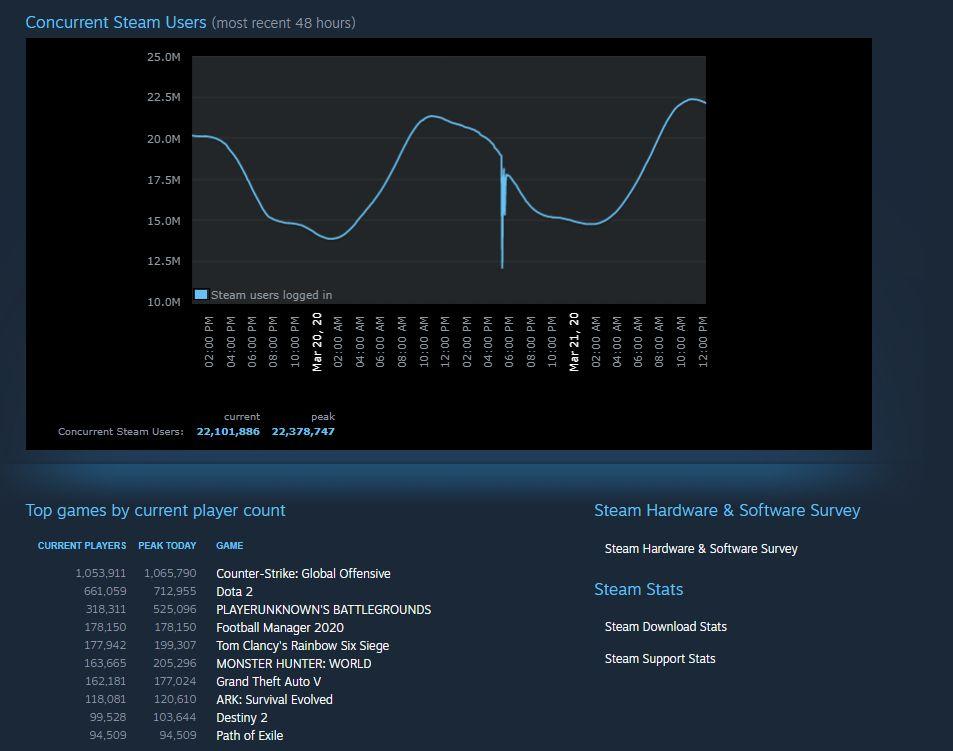