In most regions of the world, TFT will have full support for cross-platform gaming. Users of the mobile and PC versions can fight together in both regular and ranked games, and the earned rewards, experience, and rating will be available on any platform.

The mobile version of Teamfight Tactics came out with "Galaxies" --- the third set in the history of TFT, completely transformed the game. In Teamfight Tactics, new factions, classes, and Champions were added in the space style. At the start, in the TFT for mobile devices will appear:

The minimum requirements for playing TFT on iOS are iPhone 6s and higher. To play on Android you will need:

Current news about Teamfight Tactics is published in the official community in Vkontakte and on the game's website. 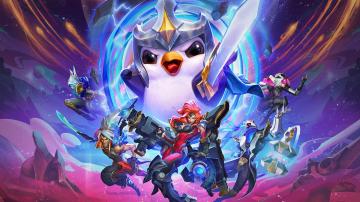