Brutal as it is brilliant, Doom Eternal is a first-person shooter par excellence. Even judged just on its meaty, content-packed single player campaign, id Software's title is an easy contender for 2020's GOTY lists.

It's also uncompromising. As example, a confession: the first few hours' worth of vicious enemy encounters obliterated any confidence I had in my shooter skills. Difficulty spikes in combat arenas seemed so plentiful that I was left wondering if the studio had knowingly swerved into masocore territory. Was it that? Or worse, was it that --- whisper it --- age was finally eroding my reaction times?

Turns out, I was the problem. Just not in the way I thought. I was simply playing from the wrong rulebook: 2016's reboot's, in fact. A fatal mistake. Faster --- dear God, so fast --- and taut with new interconnected gameplay loops, Eternal is a much more dangerous beast than its predecessor.

But when it clicks, it clicks. Those deadly gauntlets become, as executive producer Marty Stratton so perfectly put it , "speed chess." Eternal still offers you the power fantasy of playing a kick-ass demonic slayer... but you have to prove you're up to the challenge.

So while you're counting down the hours for the game to unlock at PlayStation Store tonight, chew over this cheat sheet that'll help you down your own demon slaying path more easily than I did my own.

Why run when you can Dash? One of the fundamental alterations to Doom's combat gameplay is this recharging, four-way dodge maneuver. It gives you the additional mobility essential to keep up with increased demonic aggression, dodging fireballs or claws on the ground and even in mid-air. Sharpen your skills with it as early as possible (playing dodge with a demonic tentacle is a great primer). Unlock the suit's Fast Dasher (which speeds up the Dash recharge) as soon as possible.

2. Scale the difficulty to get over early combat bumps

Yes, there are some of us that will scoff at playing anything less than Nightmare. But for us mere mortals, even Hurt Me Plenty --- 'Normal' in common gaming vernacular --- can brutally tenderize you early on.

Eternal allows you to toggle the difficulty at any time. Dial it back to lessen the damage received by any foe. Soon you'll unlock enough abilities to conquer these early clashes with ease when you replay them. But for now, if you hit a combat roadblock, swallow that pride and shift difficulty gears. Better to enjoy learning the new rhythms of combat than wallow in frustration at another checkpoint reload.

In Eternal though, item drops now come in three varieties, depending on your chosen execution method. Use Glory Kills for Health, Chainsaw kills for ammo and (once unlocked) Flame Belch for armor.

On that last, killing an already on-fire enemy will spew additional armor. And the bigger the demon, the bigger the drop (though those Heavy and Super Heavy fiends will extinguish flames quickly, an unlockable Sentinel perk can keep 'em cooking longer).

Bigger drops are also possible with chainsaw kills, but you're going to need a lot of fuel to chew through larger demonic carcasses. As standard, your fuel gauge will only recharge one bar of a possible three. Fuel cans scattered around arenas will help max it out and let you carve through the bigger competition.

4. The importance of keeping a secret (and how to make it easy)

Let's talk about something other than combat for a moment. Eternal's levels are huge, yet you're never far from a secret item. All are located in hard-to-reach locations: part puzzle, part platform challenge. While some are fun collectables, others help you gain important upgrades. Time to fire up your Auto Map.

Initially this 3D schematic of the current level doesn't show secrets' locations, Make sure to unlock your suit's Item Finder upgrade early, which will. If you're still stumped about how to get to an item, don't fret; once you near a level's end, you'll unlock Fast Travel. Access this through your Auto Map to quickly backtrack and mop up those last few items.

5. Runes to keep you alive

Eternal has numerous skill trees, stretching across weapon mods, armor upgrades and base ability buffs. These last are visualized as Runes, of which there are nine to unlock, though you can only have three active at a time. All either recharge over time or reactivate on death.

Spoiled for choice? I can recommend three right away. Saving Throw slows time on your death, giving you a few seconds to nab a Health pack and continue slaying. Seek and Destroy increases the distance you can perform a Glory Kill from. Due to the increased verticality of combat arenas, Chrono Strike is a must, slowing down time when mid-air.

All weapons have two mods, which once unlocked are switchable with a tap of Up on the D-Pad. (Another unlock worth snagging early is your suit's Hot Swapper, which speeds up that switch).

Each mod has further upgrades, and each weapon has a final 'Mastery' upgrade once all previous mods have been unlocked. Nicely, these final ones can only be earned through gameplay challenges. Once you've got the Super Shotgun, focus on unlocking its final upgrade. Not only is it super simple to earn (kill 50 demons while using the Meat Hook to grapple towards them). But it's a battlefield lifesaver, sets anything grappled on fire, means you'll be reeling yourself into armor drops.

Note: even kills in the Fortress of Doom's training room counts towards that 50.

7. Workout at Fortress of Doom

Buried at the bottom of your hub, and introduced by the game early on, is a prison for demons that doubles as your personal training room. It's easy to forget in your thirst to go on to the next campaign level. But whenever you unlock a new weapon or return to the game after a long break, it's worth a visit to test your new toys or get your head back into the game before venturing out. Humanity needs your best Slayer skills, so best shake off the cobwebs in private. 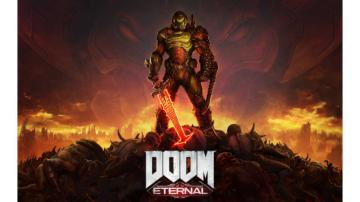