Square Enix has announced that the Final Fantasy 7 Remake is still scheduled for release on April 10, but those who pre-ordered a physical copy of the game may not receive it on the day of release.

In the official FF7 Twitter account, Square Enix reported that due to the COVID-19 flash, physical copies of the game may not arrive on time.

"Due to the extraordinary circumstances facing the world in connection with the COVID-19 pandemic, we want to inform you about how this will affect the upcoming release of Final Fantasy VII Remake," the tweet said. "Final Fantasy 7 Remake will be released worldwide on April 10. However, given the projected changes in distribution in all countries of the world, it is more likely that some of you will not receive your copy of the game on the day of release."

Square Enix said it monitors the situation daily and, together with its partners and retailers, is doing everything possible to ensure that as many players as possible can play the game on April 10.

The first part of the Final Fantasy 7 Remake is released on April 10 only on PlayStation 4. @finalfantasyvii 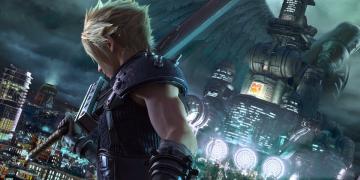