Sam Fisher is heading to Ghost Recon Breakpoint next week

Fans of frustratingly dormant IP, people called Sam, and, I guess, fishing, potentially have reason to celebrate next week; Splinter Cell's be-goggled protagonist Sam Fisher will be making his way to Ghost Recon: Breakpoint as part of a possible, uh, Terminator crossover.

The news comes via the Ghost Recon Twitter feed, which reveals that everybody's favourite video game Sam will be heading to Breakpoint on Monday, 24th March. It's accompanied by a brief video tease for new adventure Deep State, in which Sam Fisher, voiced once again by Michael Ironside, makes mention of the "Auroa situation", described as a "real shit show".

There are references to tiered weaponry, drones, and Terminators, with Fisher telling his comms partner that he might need some helping finding a way in, saying "something needs to be done about all this before there's nothing left but ghosts and shadows". Subscribe to our YouTube channel

Terminators came to Breakpoint back in January, so it's not clear if Fisher will be going head-on against the ceaseless machines of death, or just picking his way through the aftermath of their invasion. Or possibly something else entirely, seeing as Ubisoft has offered no further details, only advising that players "stay tuned for more intel".

Obviously, this is far from the much-rumoured and occasionally teased new Splinter Cell instalment that fans have been clamouring for, but I guess a Terminator/Splinter Cell/Breakpoint triple whammy crossover is something, at least.

Whatever Ubisoft has in store will arrive alongside Ghost Recon's long-awaited Immersive Mode update, which comes to Xbox One, PS4, and PC on 24th March and promises to significantly overhaul the much-maligned based game. 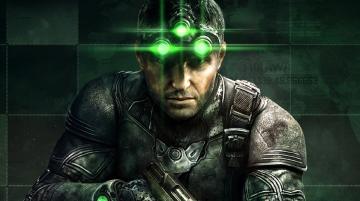