GTA fans have discovered what may be the locations of the next Grand Theft Auto game. uploaded an image (via ) which shows a striking similarity in topology between a recently released GTA V circuit track -- the "Height of Society" map -- and a map of the United States highlighting Florida, as well as Mexico and Michigan. This naturally breathes more life into the rumour that GTA 6 will see a return to Vice City, the fictional location based on Miami, Florida. "Rockstar appear to tease what looks like a map that includes Florida and Mexico in the latest GTA 5 racing DLC's circuit packs," writes the user. "Strengthening the rumours that GTA VI will be set in Vice City (Miami, Florida) and Southern American city/countries. GTA VI(CE) City seems like the title." We've reached out to Rockstar for comment. that GTA 6 could be taking place in Vice City, as well as outside of the US in South America. A report from 2018 also suggests the game could feature the series' first ever female lead character. And while a release date reveal is still a ways off, GTA 6 is expected to appear sometime in 2022. Here is . 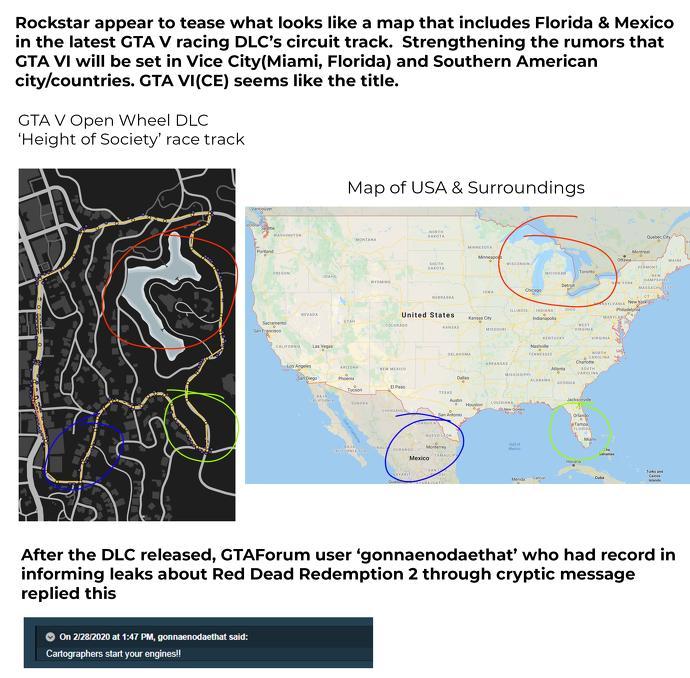