HBO's sci-fi western, Westworld, returns for a third season on Sunday, May 15. Based on the 1973 film of the same name, the series takes place in an alternate future timeline --- the year 2058, according to a season 3 teaser trailer --- in which android "hosts" are exploited by rich patrons of immersive theme parks, like the titular wild-west-themed Westworld. While the first two seasons took place inside the theme park as its artificial intelligence becomes self-aware, season 3 finds the leader of the host rebellion, Dolores (Evan Rachel Wood), entering the real world.

Of course, an HBO account is required to watch Westworld season 3. But in the age of streaming, there are plenty of options. Gone are the days when you had to call your cable company to add an HBO package. Many streaming services offer premium add-ons, while HBO itself offers a streaming-only service. Below, we break down how to watch Westworld on each streaming platform, and the key plot points to remember before the big premiere.

Where to watch the Westworld season 3 premiere

The season premiere of Westworld will air on HBO and (drop onto streaming services) at 9 p.m. ET on Sunday, March 15. Here's all the ways to stream Westworld,whether directly from HBO or as a streaming service add-on.

Those who subscribe to HBO through a cable or satellite package can stream Westworld live or on demand via the HBO Go service. The HBO Go app is available on most phones, tablets, smart TVs, and gaming consoles. Check if your device is supported at HBO's Help Center.

Cord cutters can still watch HBO on the network's own platform. HBO Now is a stand-alone service, so it doesn't require a cable subscription or another streaming platform; you stream directly from the HBO Now website or app. A one-week free trial is available --- after that, it's $14.99 per month.

In addition to the TV shows and movies available free to Prime members, Amazon offers add-on premium subscriptions through the Amazon Channels program. The HBO add-on costs $14.99 per month (the same as HBO Now). Most devices allow live streaming from the Amazon Prime Video app, but check Amazon's official list if you're worried about it.

Hulu also offers an HBO add-on for $14.99, which allows live HBO streaming whether or not you subscribe to Hulu's live TV subscription tier.

AT\&T's streaming service is the only subscription that includes HBO at its base level, though at $65 per month, it's the most expensive plan on the market. Because DirecTV Now operates more like a traditional cable package, subscribers have access to HBO Go, rather than HBO Now.

What happened at the end of Westworld season 2?

Our guides expert Jeff Parkin dug into the hyper-complicated, multi-layered second season of Westworld so people who forget to schedule a rewatch could remember what the heck happened. Here's the short version:

Read the full breakdown for the macro view. Westworld is the kind of show where it matters. | Related | | #### Westworld season 2 review |

What we know about Westworld season 3

HBO is billing season 3 as "a dark odyssey about the dawn of artificial consciousness and the birth of a new form of life on Earth." The official trailer introduces Aaron Paul's new character Caleb, a who appears to team up with Dolores in her quest to destroy the nefarious Delos, Inc. At least, that's who she thinks she's hunting. As a batch of secret trailers hinted at, season 3 introduces a new company, some new villains, and a greater existential threat than anything the hosts saw in the park. 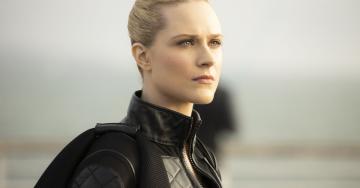