Yesterday, a Twitter account petitioning for the YoRHa combat android 2B (from NieR: Automata ) to be added to Super Smash Bros. Ultimate as a DLC fighter, tricked a lot of people. You see, in the lead-up to Animal Crossing: New Horizons , Nintendo of America's Twitter has been sending out automated responses to Twitter users, saying it will message them when the game releases on 20th March.

Every tweet it sends out includes the handle of an account and the word "confirmed" immediately after this. People saw this particular tweet, identified that it was a response from an official Nintendo account and quickly lost their minds thinking it was the real deal. It even got more than 10,000 likes:

The account that received this automated message made the most of the opportunity by pretending 2B had been confirmed for Smash Bros. Ultimate because Nintendo said so. This tweet was then favourited more than 19,000 times:

Not long after this, something similar happened when a Twitter account with the handle "Pikmin42020" got the same automated message (see above). Sorry to disappoint, but just to be clear - 2B isn't coming to Super Smash Bros. Ultimate (as far as we know) and Pikmin 4 hasn't been confirmed for 2020 (at least yet). 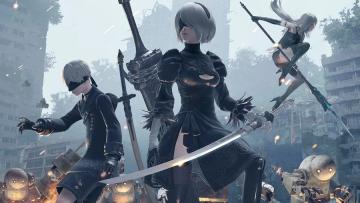