Earlier this week, we heard about a Reddit user who had been busy compiling a lot of data from the review aggregate site Metacritic to illustrate the best and worst reviewed Nintendo Switch games since the system was launched.

Now, Metacritic has put together a list to determine " the best and worst game publishers " of 2019, according to 12 months of data. Nintendo placed third (boosting its average score by nearly four points compared to the previous year), and was one below Activision-Blizzard. Some of its highest-rated games last year included Fire Emblem: Three Houses and Super Mario Maker 2 . In top spot was 505 Games, best known within the Nintendo community as the team that worked on Bloodstained: Ritual of the Night .

Which game publishers released the best games last year? For the 10th consecutive year, we sifted through 12 months of data to determine the best and worst game publishers of the year, based solely on the quality of their 2019 releases. Sales and user reviews do not factor into these rankings; only critic reviews (as captured by each game's Metascore) are used to evaluate performance. Publishers with 4 or fewer distinct titles* released last year are excluded. We have ranked these publishers in order from best overall game quality to worst, using a points-based system based on four factors:

1. Average Metascore for all games released in 2019

150 possible points (awarded at 1.5 x the average Metascore) 2. % of scored products with good reviews (Metascore of at least 75)

Note that the Metascore average (the first factor) counts slightly more than the other factors . In addition, note that iOS games are not included in the figures below.

As noted by Metacritic, this list is based "sorely" on the quality of publisher's releases last year according to each game's critic Metascore and does not factor in overall sales or user reviews. Below is the full list:

Here's what Metacritic had to say about Nintendo's placement:

Nintendo boosted its average Metascore by nearly four points compared to last year's mark despite 2019 being one of the company's rare years without any releases scoring 90 or higher. However, a few Nintendo games narrowly missed that distinction, led by Switch titles Fire Emblem: Three Houses and Super Mario Maker 2. In all, 79% of Nintendo's 2019 releases scored positive reviews, up from 65% the prior year.

And here's what it said about the winner, 505 Games:

The Italian game company, which publishes third-party titles for every platform, had a strong 2019 thanks to a steady stream of positively reviewed games and few misfires. Though no 505 title scored higher than 85 last year, 87% (or all but two) of its products received positive reviews overall---tops among all publishers---led by the Remedy-developed award-winner Control and ArtPlay's Castlevania homage Bloodstained: Ritual of the Night. Upcoming 505 releases include the PC port of Death Stranding (due in June). 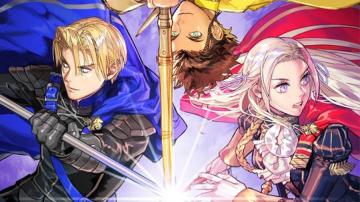