The Witcher 3 is approaching its fifth birthday - but modders are still doing impressive things with CD Projekt's phenomenal fantasy adventure.

The latest is The Witcher 3 HD Reworked Project, which just released its 11.0 update, "Toussaint". This is an sweeping texture mod for The Witcher 3 and its two expansions that aims to improve the graphics by reworking models and textures while preserving the original style.

Digging into the detail, the mod offers high quality, 4K resolution textures for greater sharpness and better object level of detail. Pretty much everything is reworked, including terrain, buildings, rocks, water, vegetation, NPCs and even animals. The video below compares the original game to The Witcher 3 running the mod. Subscribe to our YouTube channel

Its creator, Halk Hogan PL, said The Witcher 3 HD Reworked Project will come to an end this summer with the 12.0 "Ultimate" update. "It will be the accumulation of all gained experience in the last five years and raising The Witcher 3 to the highest possible graphic level I can provide," they said. "I think I'll surprise you."

With CD Projekt working to finish Cyberpunk 2077 in time for its September 2020 release date, it'll be a while yet before we see another game set in The Witcher universe. Perhaps with the arrival of the next-generation of consoles and ever more powerful PC hardware, CD Projekt will look to remaster The Witcher 3 itself one day? Until then, we have the good work of modders to tide us over. 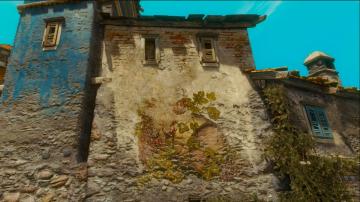