Greyhat doesn't hang around. I'm straight into a hacking job, inside someone's computer trying to work out the name of a mystery person. I have to look through emails and documents for keywords, so I can try them as passwords to get into a protected folder, then I find the name I'm looking for on a calendar appointment. Bingo, nailed it. I'm a big deal. Not wanting to brag or anything.

Oh, I actually am a big deal - I'm a really well known hacker, it turns out. My friend tells me when I'm back on my computer chatting on ICQ, or something like it. It's very 90s. I also find out I have a wife and daughter, and that I work in the basement, how typical, and I should go up for tea - oh and my daughter has lost her teddy bear, poor thing, so I see if she's OK. More importantly, I learn I am on my last job and then I'm out, I promise, which doesn't sound ominous at all, especially when I discover the person I compromised just now, in my hack, is actually a hacker too. A dangerous one and apparently I better watch out.

This all happens within about 20 minutes, if that. Greyhat is pacey. The dialogue is crisp and just enough to add flavour, and a bigger story builds in snippets of conversations and files I find - tasty little morsels to pique my curiosity. It's fun to play, too. There are mechanics I've never seen before. Chatting to people on the ICQ-like program involves pressing a button on either the left or right side of the keyboard to build either a negative or positive response (and once you build it, there's no deleting). There's no need to be accurate, you can quite happily mash the side of the keyboard you want, and it feels a bit reckless and a bit silly, and it reminds me a lot of how hackers smash away at keyboards in films, like geeks possessed. Subscribe to our YouTube channel

There's a hacking mini-game based around the same theme but slightly different. You press buttons on either side of the keyboard to erase lines of code, and there's an endless screen of it. Clear enough and you fill a gauge and you're in. But look out for the red bits of code! If you bang into them, ehh uhhh, you lose, and if you take too long, you'll never get in. The result: more keyboard mashing! And when you get confident with this game, a box appears with a word you have to type - at speed.

Underneath all this, and not to be overlooked, is the inherent fun of being somewhere you shouldn't, sleuthing around in someone else's computer and nosing through their files. What's their password? Check their photos - have they named the people in them? What about their emails, do they mention anyone there? And as you nose around, discreet little stories unfold. This guy works for big pharma and there's something going on there, and this person is involved with terrorism - can you track them down?

But nothing quite prepares for where the story is about to go. All of a sudden, a sledgehammer of a plot development hits me and I'm stunned. Remember that hacker I shouldn't have messed with? Oh yeah. And with that, the demo ends, and I desperately want to know more.

Greyhat totally surprised me. I didn't expect this, I didn't expect a thriller. I just hope Limited Games has enough clout to deliver on what it started. It's taking on delicate subject matter it can easily mistreat so please, Limited Games, proceed with care. And hurry up! Your hacking game makes a cracking introduction. 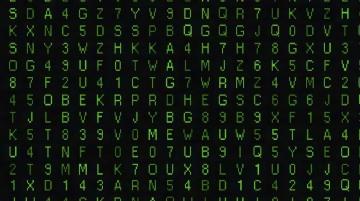