Devil May Cry is an action-adventure hack and slash video game series developed and published by Capcom and created by Hideki Kamiya. The series centers on the character Dante's efforts to avenge his mother's murder by exterminating demons. The gameplay consists of heavy combat scenes in which the player must attempt to extend long chains of attacks while avoiding damage in order to exhibit stylized combat; this element along with time and the number of items collected and used are taken under consideration when grading the player's performance. The series is very loosely based on the Italian poem Divine Comedy by the use of allusions, including the protagonist Dante (named after Dante Alighieri) and other characters like Vergil (Virgil), Trish (Beatrice Portinari), Lucia (Saint Lucy), Mundus (Satan), Furiataurus (the Minotaur), Geryon, and Cerberus. Many of the enemies are also named after the Seven Deadly Sins, such as "Hell Pride" or "Hell Lust". The series has been a success with the all main entries selling multiple million copies and being awarded the "Platinum Title" award by Capcom. The success of the video game series has led to the creation of comic books, novelizations, an animated series, guides, collectibles, publications, and a variety of action figures. A high-definition remaster of the three PlayStation 2 titles was released for PlayStation 3 and Xbox 360 in 2012 and again in 2018 for the PlayStation 4, Xbox One and PC. During the 2010 edition of the Tokyo Game Show, Capcom revealed a new game, named DmC: Devil May Cry. It was co-developed by Ninja Theory and Capcom. It was a reboot of the series that explores similar themes and also satirizes certain social themes. At E3 2018, Capcom revealed a new installment in the original series, Devil May Cry 5, which was released on March 8, 2019. With veteran series director Hideaki Itsuno back on board, Devil May Cry 5 takes that very familiar combat model of gunfights, melee attacks and the acrobatic combos that tie them all together and simply turns the dial up even higher. There are now more playable characters to enjoy, each with their own set of unique powers and combo styles, although if you're an old school fan there's always Dante and his immaculate locks. From a presentation standpoint, Capcom has knocked this one out of the part and produced a visual carnival of level layouts, monster designs and facial animation. Sure, it looks like most of the cast just walked out of an audition for Final Fantasy XV, but DMC5 is nevertheless a bombastic return to form. 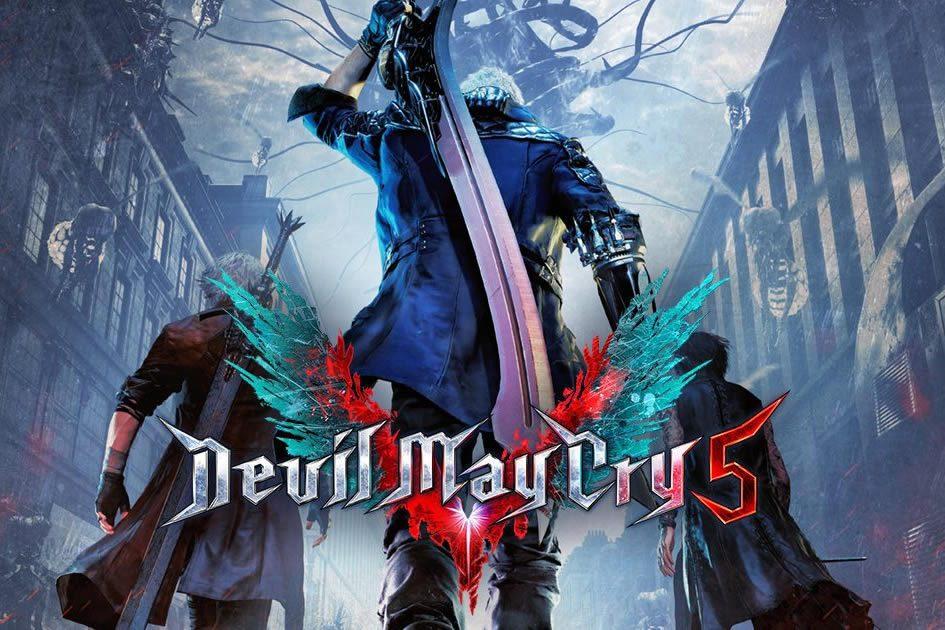