Plenty of information from the Famitsu interview with Shigeru Miyamoto

Online gaming publication has translated parts of the extensive Famitsu interview with respected Nintendo developer, Shigeru Miyamoto. The interview is in part to celebrate the Nintendo Switch's third anniversary. Mr Miyamoto talks about a number of things including his love of Apple products, Mario, video game streaming, the Mario movie, and much more. Read on below for the highlights. The following part of Shigeru Miyamoto's interview focuses on Mario and Nintendo: * "When it comes to Mario and making games related to Mario, I'm always looking for some kind of timing." * (Miyamoto-san, are you the only one who can decide on Mario's areas of activity?) "I did when nobody else would decide, and eventually ended up being that way after a few times. Well, let's just say that I have the right to say 'nope' [laughs]." * "I've been keeping a close eye on Super Mario Run . Nobody else can decide just how far we can take Mario on mobile." * "Mario's qualities are about 'peace of mind' and there's a sense not so different from this within the company. So much that it makes me want to change it for being too strict." * "The standard sense of Mario is that he won't murder someone but isn't good enough to not smash bugs. This is engraved into everyone's mind." * "Some worried about the mischievous Mario in Smash Bros. but after giving it a cute sound when he gets punched, they said 'This is fine'." * "If I were to express Nintendo's qualities in words then it is also 'peace of mind.' There's peace of mind when looking at it as a parent and you can have it in your living room. We've put great effort into creating something that can be the center of family amusement. * "I started thinking that way around the Wii. Around the time of the Nintendo 64, we looked at other companies' hardware and began thinking that our best-strength was our interface." * "I like Apple. They do a good job of setting limitations while respecting user-friendliness for the customers." * "There was a time when Nintendo was called childish, but after continuous work on our priorities the efforts began to show around the Wii that gave us the image of 'peace of mind'." * "What really makes something Nintendo to us comes from truly thinking about the customers. It's not about the market or the current trends." In the , Shigeru Miyamoto shares his thoughts on video game streaming, on making games fun, and more: * (On gameplay streaming) "I think it is good that there are many ways to enjoy things. In this era, we can present videos to a broader audience and I'm sure there are many who watch and find interest in those games." * "I would probably watch gameplay walkthroughs for games made by others." * "Although honestly, I don't want people to watch my stuff. It's okay if it's for stuff made by others, though [laughs]." * "Lately, I've been playing a lot of Pokemon GO ." * "We've reached a point that makes it possible to experience movies and games on similar platforms. I've started thinking that it's better for Nintendo to have motion pictures." * "It would be better for Mario to have a movie in this era." * "If you make something for the sake of selling then it'll have all kinds of failures. The most important thing is to make something you believe is fun, rather than something that would sell." * "If you try making something that sells, it eventually ends up becoming like something that's already out there. If what you make looks like something that might already be out there, then it won't sell well. That's why Nintendo makes things that have yet to be seen." * "I've been thinking about expanding on our characters, not just in games but in various scenes. We're working with various companies." * "I hope we can continue doing new things without going on the defensive." 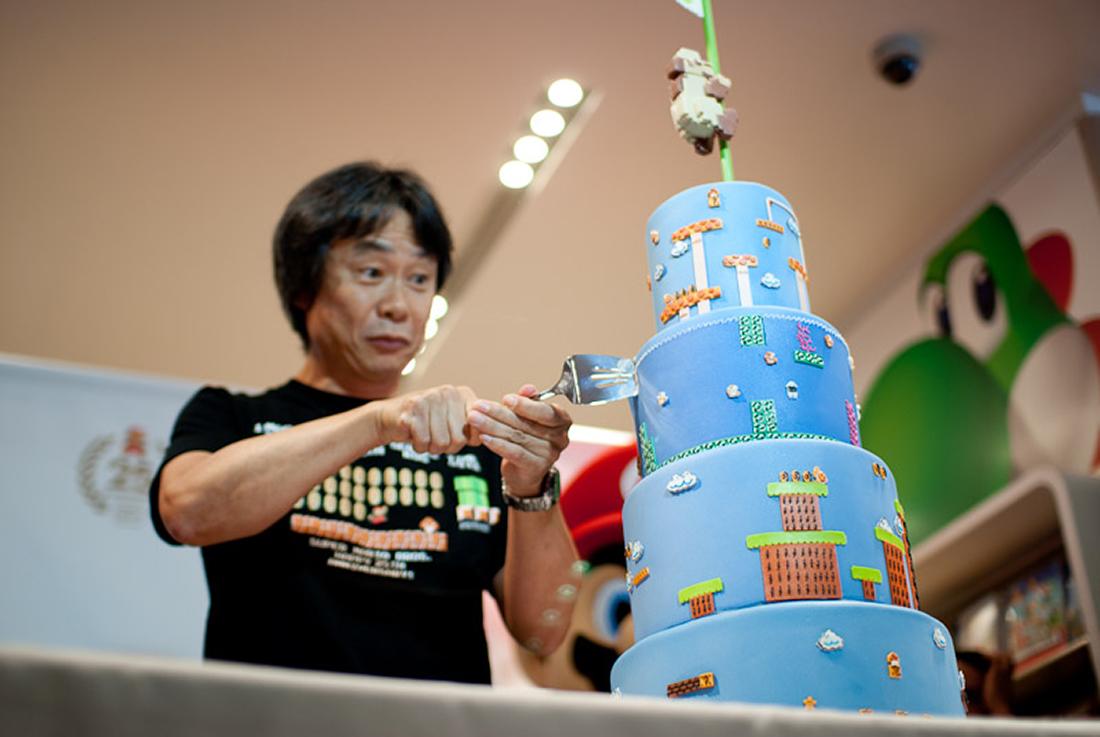