You in , a game about sled dogs from Timberline Studio. In fact, you can pet all the dogs, with belly rubs, head scritches, and lazy pats. Each of the dogs, five of which make up your team, has different preferences. Some might not be interested in petting at all, not until you've earned their trust. I'm relieved that I can pet my dogs once I've set up camp in The Red Lantern. The pure, unabashed joy of the act, smooshing a dog's jowls, acts as a counterbalance to the sheer brutality of the rest of the game. Indeed, The Red Lantern is a game about your relationship to animals, primarily to the dogs*,*but it doesn't turn away from the reality of life in remote Alaska. To survive, you've got to eat. And to eat, you've got to kill. The Red Lantern is heavy with violence. The weight is always there, like a dog pulling a sled. It's not the kind of violence I've come to expect in a video game, the kind that comes easily with a click of a button and tallies in points on a scoreboard. I've killed plenty of human characters in video games, more than I can count. Animals, too. But I shot only a few animals while playing The Red Lantern at PAX East, and it still weighs heavy over me. This is by design. | Related | | #### | | One of the first animals I encountered in The Red Lantern 's Alaskan tundra was a caribou, a sturdy creature with branching antlers. My character, voiced by Horizon Zero Dawn actress Ashly Burch, thought through the options: Admire it, kill it for food, or move along. I chose to shoot it, to harvest its meat for food for me and my dogs. I raised my gun with the controller and fired, not unlike with the many encounters I've had with elk in . But the animal didn't drop, a small blood spatter inking the ground. Instead, it roared in pain and skipped away; I'd injured the caribou but not killed it, and it now faced a slow death by my actions. Highlighting the brutality of nature was important to Timberline Studios, The Red Lantern game director Lindsey Rostal told Polygon. "We didn't want hunting to be like an action minigame," she said. "We didn't want it to become Oregon Trail, when you're just scorching the earth and taking all the animals with you. She's coming to grips with this idea where it's like, 'I have to kill things to eat them.' And that's scary, right? We don't face our food." Rostal continued: "We wanted those [scenes] to have a moment where you look at the things you're going to do. You're making a choice. It's meant to be a product of necessity and not just, 'Yeah! Let's do it!'" There's a certain balance to creating a world that's real. After all, caribou are an important food source for people in Alaska; killing them for food is often considered a necessity, though it may not make it easier to do. "That was a scene I specifically put in there to highlight the importance, in a sense, of feeling bad if you wound something and then needing to go forward," she said. That balance has been a consideration since The Red Lantern 's reveal last year. When The Red Lantern at GDC 2019, the trailer ended with a bear attack, one that leaves one of your dogs (presumably) dead. It's the sort of violence that caught viewers off guard. People are averse to sad things about dogs, especially when they weren't expecting it. See: , a website that tracks things that viewers want to avoid, like animal deaths. Rostal's said before in interviews that she didn't realize how dark the trailer was. "I probably should have put a trigger warning on the trailer," last year. "We wanted to set the stakes." The bear attack, however, won't happen "exactly" like that in The Red Lantern, Rostal told Polygon. There are still stakes, though. "There's definitely a chance for a dog to not have a good end," she said. "But you can also prevent it in a variety of ways." I spent about 15 minutes playing The Red Lantern in the PAX East expo hall. All at once, I found those 15 minutes joyous and devastating. Hilarious and tragic. Intimate and open. It had both stakes and levity, a dark sort of humor dotted throughout like hoofprints in the snow. In the end, Rostal said it best: "In darkness, there's always humor to get through it." 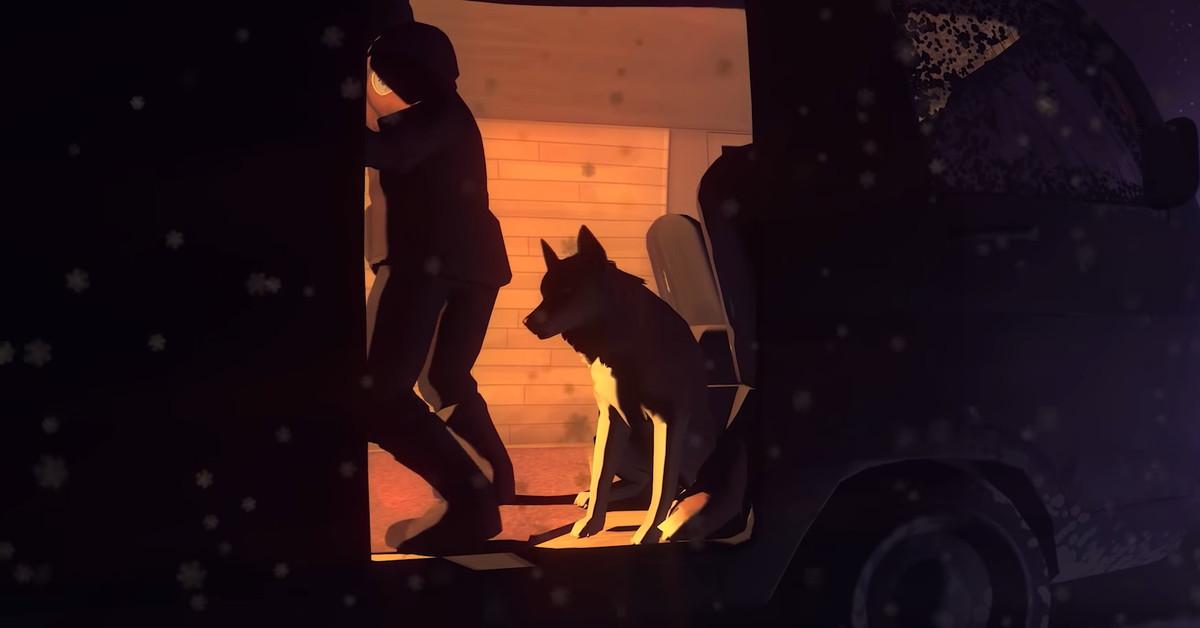