Even if you don't find games to be particularly , you're still probably going to incur damage at some point. But one intrepid fan decided to see what would happen if he went through a game without ever getting hit. Smallant1 used Pokémon Platinum for his no-damage run because he grew up with it, and has likely put in the most time in that installment than any other one. That familiarity would be crucial, because finishing the challenge requires intimate knowledge of what creatures all the trainers have, and the moves those monsters come paired with. Initially he tries the run with Piplup, but the odds are against him --- in order to not get hit in the first battle, the enemy needs to withdraw six times in a row, in addition to missing two times. There's only a 0.004 percent chance of that happening, Smallant calculates. So, he goes on to pick Turtwig as his starter. Even so, things come down to chance. The opposing Chimchar has to use Leer 4 times in a row, which only has a 1 in 16 chance of occurring. It takes Smallant1 three tries to get it. He spends nearly an hour on the introductory battle against his rival. | Related | | #### | | The first actualbattle against a level 5 Starly with Quick attack, meanwhile, takes him nine hours of grinding. Here, he and his viewers establish the overarching rules for the run. He is allowed to save only after defeating a gym, and if he happens to take damage, he has to reset to the previously cleared gym. By the end of the run, he's reset 69 times. Nice. The no-damage run goes on like this, with Smallant taking hours upon hours to learn specific moves that have the right priority over his enemies. Sometimes, he accidentally runs into trainers and freaks out, because he didn't plan for them. Other times, he takes extra care to avoid as many trainers as he can. Things get particularly tricky in double-battles, where he doesn't have as much control over what his opponent does. Eventually, he gets to the Daycare, where he deposits his monsters until he can get them to level 100. "Despite having level 100 Pokémon after the third gym, the challenge still wasn't easy," Smallant1 tells Polygon. "Many battles took a lot of strategizing to be able to win without damage, and by the end of the run I had to meticulously plan out every battle against every Pokémon to win." A single level 25 Drifblim, for example, adds an additional eight hours of runtime as he figures out the best way to tackle that specific encounter. Grinding his monsters at the daycare also costs money, which means that he has to develop a get-rich-quick scheme involving two wealthy trainers. The whole thing takes about 138 in-game hours, without counting the time that was lost between the resets. "The most challenging part of the ordeal was definitely staying focused the whole time," Smallant1 told Polygon. "If, at any point, I made a single mistake I would take damage. After playing the game for those long lengths of time, it took a lot of effort to remain diligent with each and every battle." 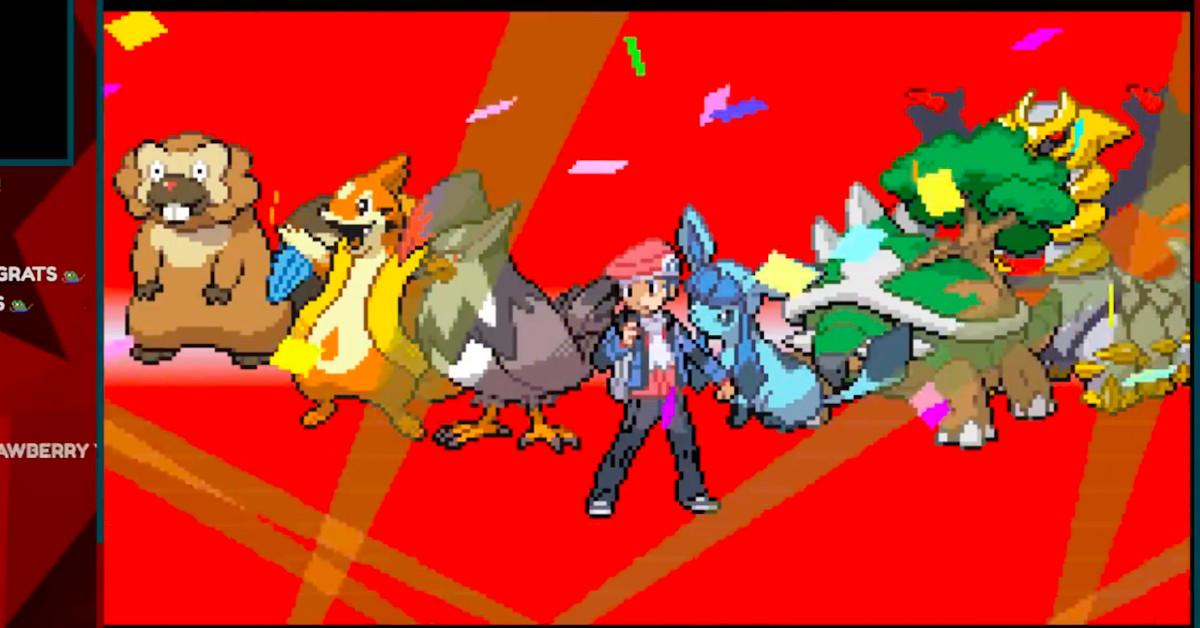