Atomic Heart, an FPS set in an alternate reality version of the Soviet Union in the 20th century, recently launched its first trailer in over a year. Developed by Russian studio Mundfish, Atomic Heart sees you inhabit the gruff persona of KGB special agent P-3. The new trailer showcases a weird but wonderful insight into the wild world of Atomic Heart, where metal worms fly across the sky and you have a sort of strange Thor-esque hammer that boomerangs back to you after you chuck it at someone. There's also a weird tree monster that looks like it has several hearts neatly tucked within its rooted vertebrae. It's still relatively difficult to decipher what's at the heart of Atomic... Heart. So far, its development has been shrouded in ambiguity, and there's no roadmap available to consult for features and timelines. The Steam description simply reads: As a result, the weird gel you swim through and owl-like murder bees leave much to be desired in terms of explanation, but the game still looks anything but uninspired. Atomic Heart doesn't have a release date yet, but you can still , where you can also check out another weird trailer featuring robots running on treadmills and a guy with a strange, silvery plasma bubble protruding from his chest (presumably an atomic heart?) You can also check out some pretty wacky screenshots at the official . The ones that stood out to me were of a sort of skeleton clown(?), robotic amphibians(?), a strange mass of red tentacles(?), and a baby robot with spider eyes(?). Definitely something to keep an eye on, if only to see whatever weirdness comes next. Atomic Heart is set to launch on PS4, Xbox One, and PC. 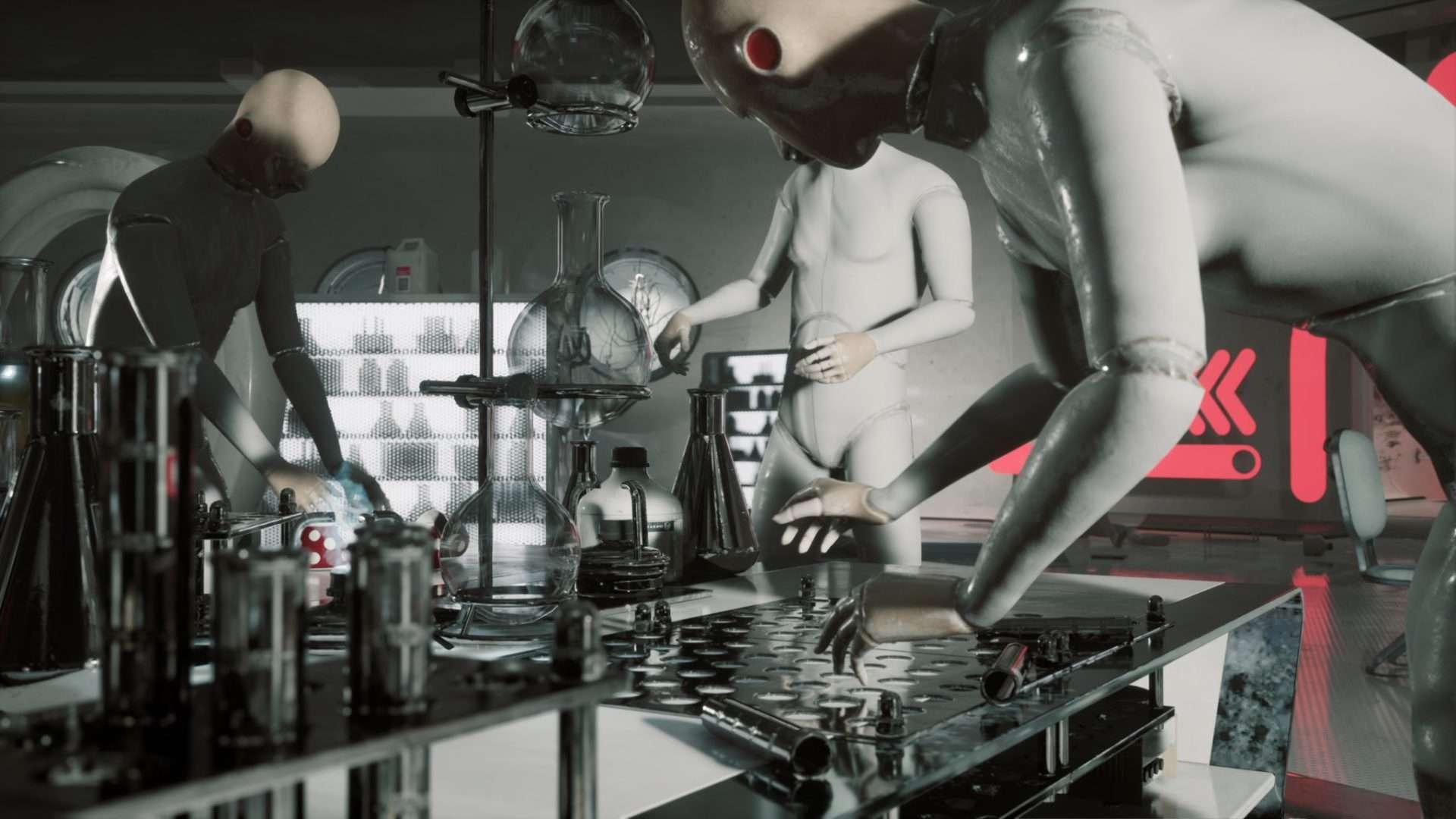