I want to live in Nintendo’s Animal Crossing booth

Tens of thousands of people will file through the Boston Convention and Exhibition Center's front doors this weekend. This is where is held, one of the video game industry's biggest fan conventions. One does not often call such an event relaxing. It's fun, yes --- but it's also chaotic and very loud. All its spaces are packed with people. There are a lot of lines. In close proximity with all these people --- during flu season, no less --- I will probably get sick. And yet. I'm now ready to pack my bags and move into the Boston Convention and Exhibition Center. Thanks , Nintendo! In fact, I won't even need to bring much. There's enough in the booth to sustain myself for a bit: a tent, a fire, fruit, a waterfall, a fishing rod, and, of course, Tom Nook. The Animal Crossing booth is one of the first things I saw when I entered the PAX East expo hall on Thursday morning. The colorful campsite is plucked straight from the video game. Island visitors --- in this case, PAX East attendees --- were dangling fishing poles from the bridge. Others posed with bulbous fruit hanging from Animal Crossing's stout trees. A few people played with tools as a glowing blue waterfall trickled nearby. Grid View * Photo: Nicole Carpenter * Photo: Nicole Carpenter * Photo: Nicole Carpenter * Photo: Nicole Carpenter | Related | | #### | | I waited in line for around 15 minutes before I considered moving on to a different booth. Then Tom Nook appeared, and I made the decision that I would die in this line if I had to. And, boy, am I glad I waited --- this is my new home! Part of the appeal of the Animal Crossing franchise for me is the fantasy, and its serenely chill environment. I got so engrossed in Animal Crossing: New Leaf that it often felt like I truly lived there, for better or worse. As silly as it sounds, I felt connected to my own village --- how I personalized it and felt enmeshed in an, admittedly, fake world. This booth, for a moment, makes that fantasy real, and that's not really something I experience often as an adult --- the pure joy of getting lost in something. «We've brought the world of : New Horizons to life at ! Are you ready to experience the relaxing vibes of the Deserted Island Getaway Package for yourself on 3/20? --- Nintendo of America (@NintendoAmerica)» It's a feeling I'd like to hold on to. That's why I'm moving in. Can someone tell my husband I'll be home when the convention center staff kicks me out? I'm hoping they'll at least let me stay until . 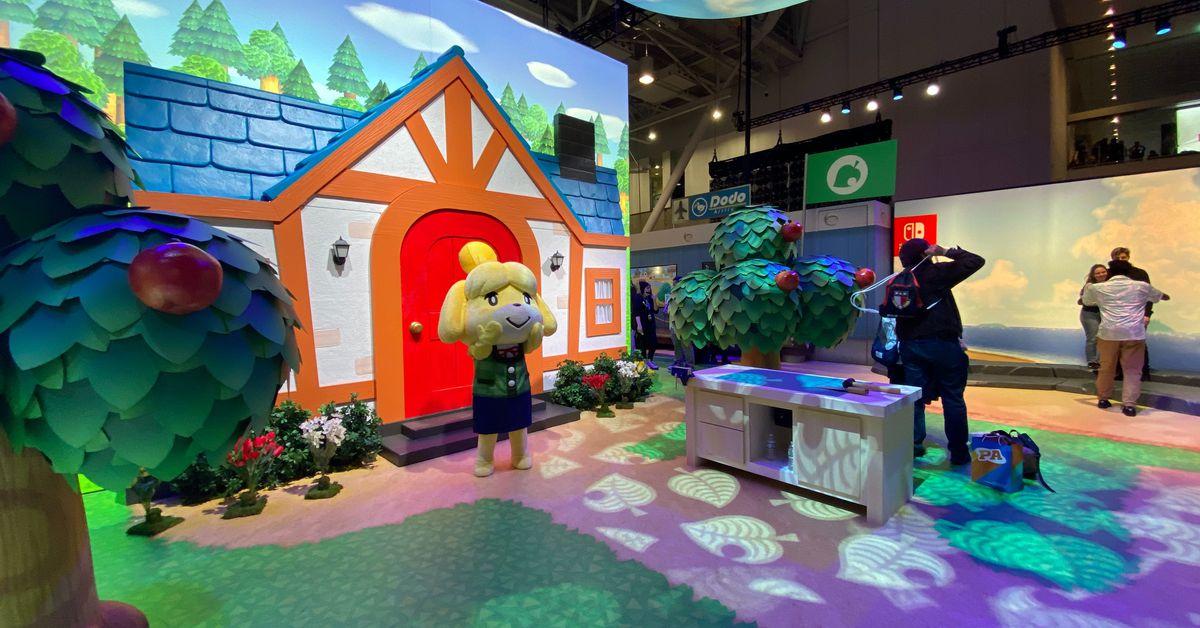